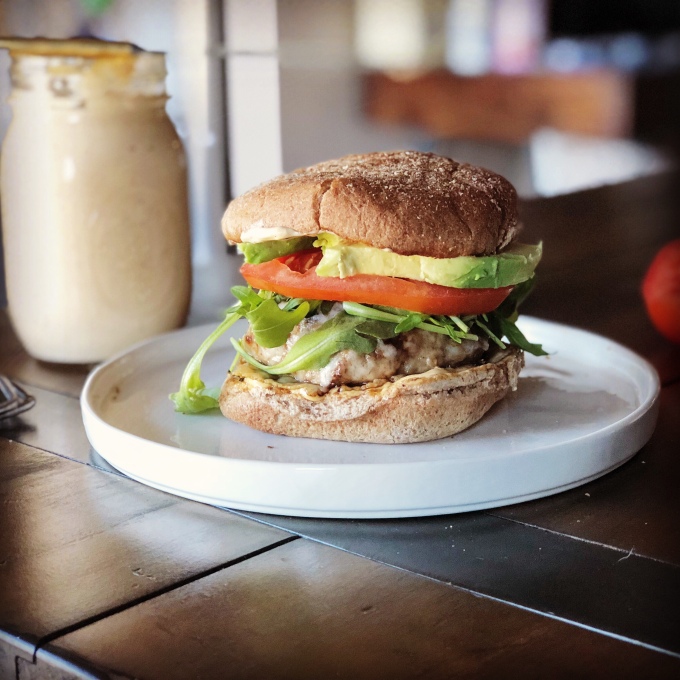 The last time we went to Costco, BF bought four pounds of ground turkey meat. Normally we make turkey burger patties the first night we buy the meat, then freeze the rest. For some reason this time we didn’t freeze any of it. Four turkey burger patties and two pounds of Bolognese sauce later, we still had one pound of meat to use. BF suggested making more turkey burger patties. I was looking for something a little different, so while I was grocery shopping I picked up some multi-grain thin buns by Earth Grains.

When I brought home the thin buns and told BF I wanted a cheeseburger, BF decided he would give the thin buns a try as well. So BF cooked the turkey burger patties on the grill as he normally does. While he was grilling, I was toasting the buns and slicing the white cheddar cheese. BF sliced half of an avocado, and in 12 minutes we had our turkey burgers on thin buns.

Before we even moved to Arizona, I found Kraft Sandwich Shop Mayo on sale at Vonn’s one day. I needed to have mayo in our cupboards when we arrived in Arizona! I couldn’t resist trying the Hot & Spicy variety. It’s a good alternative when you don’t have any homemade spicy mayo in the fridge. I slathered spicy mayo on my toasted thin bun; BF slathered his usual — yellow mustard.

I stacked my patty with a few thin slices of white cheddar cheese and slices of avocado. It was a whole new take on our usual turkey burger patties. 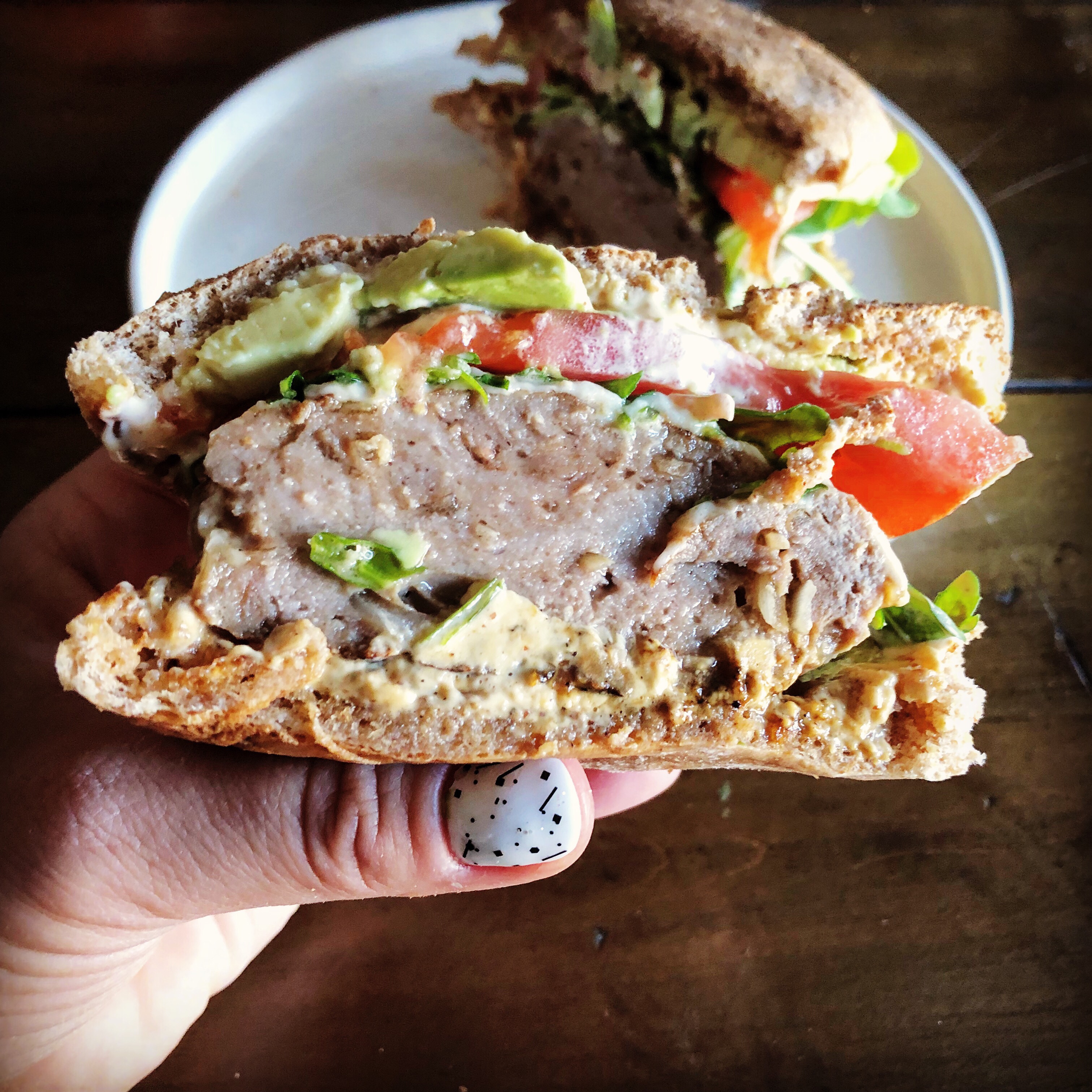