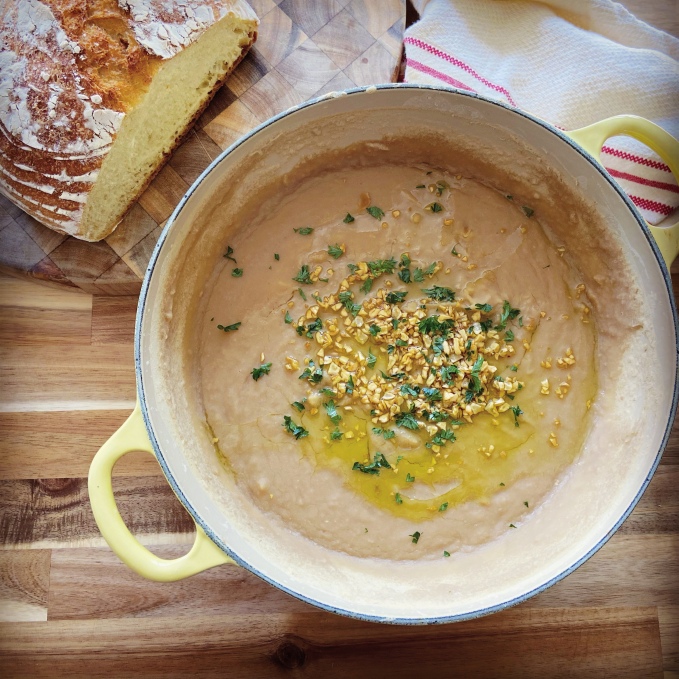 Last night I had to run to New Season’s to look for Cannellini beans for this recipe. If you’ve never shopped for them you probably don’t know this … Cannellini beans are hard to come by and expensive. While other white beans run between $1 and $3 for a 32 oz bag, I paid almost $8 for a 16 oz bag of Bob’s Red Mill Cannellini beans — the only brand available.

But nevermind that. Let me back up for a minute.

As I was leaving the house, Desi and Loki scampered toward the door eager for a walk (I’m sure). Instead I rounded them up and put them in the car leaving Odie on the couch with Dad. At New Season’s they have a Four-Legged Friends waiting area where you can keep your dog penned up (instead of tied to post) while you shop. Desi would never sit quietly in the pen, I knew. She would bark her head off and annoy all the customers (I know this from personal experience). But Loki has done well patiently waiting for me once in the past when I tied him (and Odie) up outside Starbucks one morning. So I scooped Loki out of the back of the car and secured him in the pen as I went into the store.

As I began searching for the elusive Cannellini bean, my thoughts began to race. What if someone stole Loki? (He would likely let anyone pick him up and carry him away – he’s so easy-going.) What if  he opened the door and escaped? (He doesn’t have an ID card specific to Sis or myself.) Had I secured the latch to the pen? What if I hadn’t and he ran out into the parking lot and got hit? (How would I explain  that to Sis?)

After ruling out the possibility of finding another brand of Cannellini beans that might be cheaper, I moved on to the pasta section of the store. It was in the pasta aisle where I contemplated which kind of fettuccine noodle to buy (who knew the decision required so much debate), that I heard the worst words imaginable crackling from the intercom overhead:

Good evening customers. If the owner of a small dachshund is shopping in the store, the dog was found running wild in the parking lot. Please report to the front of the store to collect your dog.

You have got to be kidding me. My wild imagination was actually coming true. I almost dropped the beans from my hand as I sprinted toward the front of the store. Clearly everyone in my path realized I was the owner of the small dachshund running wild through the parking lot.

When I got to the front I found two employees huddled around Loki. As they handed him over to me his wet paws marred my sweatshirt when I clutched him to my chest. He was pretty much happy as a clam sitting in the arms of the New Seasons employee. He had escaped through the bottom of the pen (wriggled his way free) and had been found wandering around — the parking lot, the entrance to the store — I wasn’t sure. I was just happy to have him back.

Look at his face, one of the employees kept repeating. He’s so cute; he keeps making that face at us. No, I said, that’s just his face. (He doesn’t have any teeth so his tongue always flops out of his mouth.) They laughed and I carried Loki back out to the car so I could resume my shopping.

A couple of things:

Dad thought the soup was great. He said it was very filling — his exact words: it feels like a softball is sitting in my stomach. What he meant was … a little bit goes a long way. 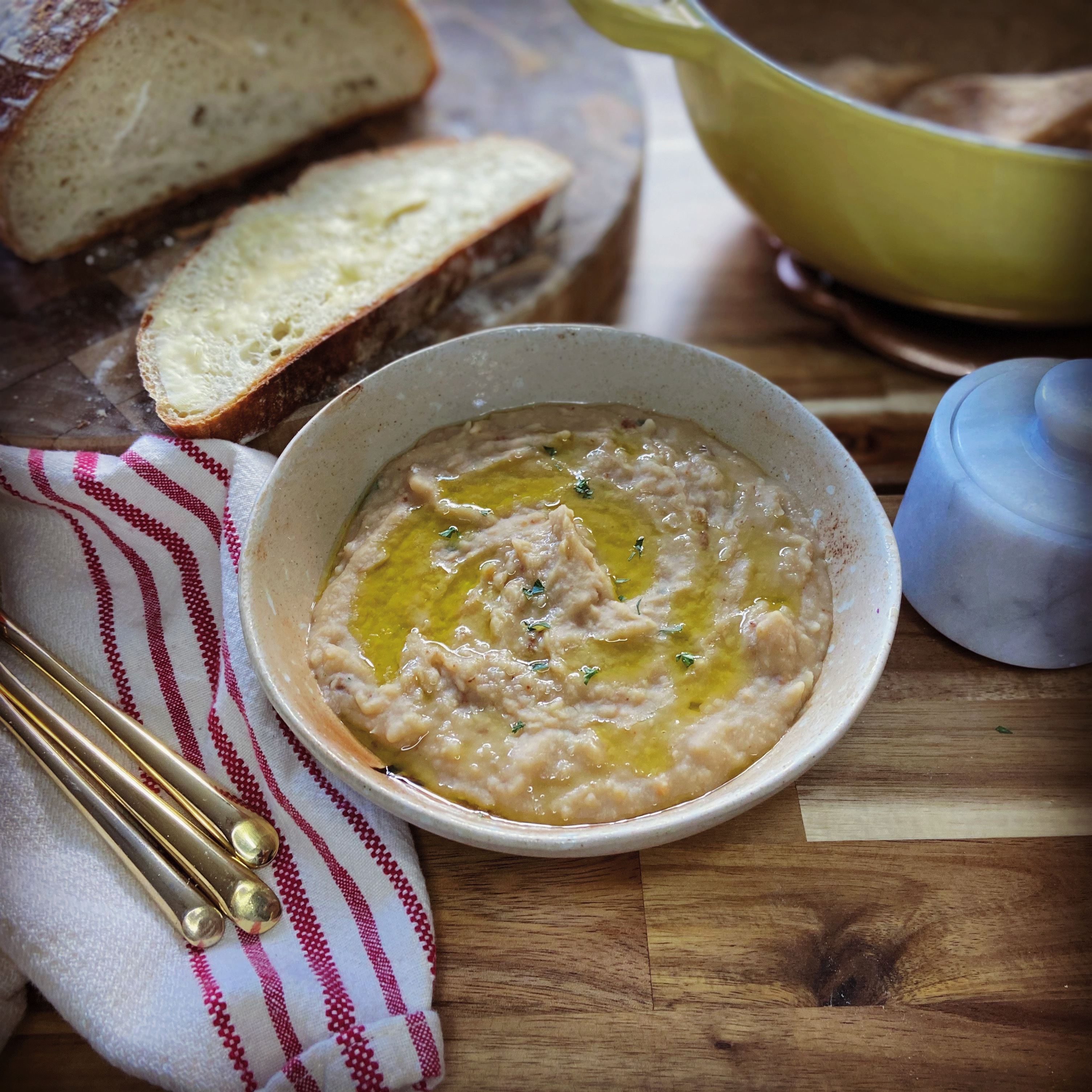