After discovering my knack for making fantastic breakfast Paninis a few weeks ago (with the debut of the Sausage and Bacon Breakfast Melt), I knew I had to share one of these fantastic melts with Dad while he’s here. Given that we were using Bran-enriched White Bread, I thought we should try to make a healthy breakfast sandwich. Well, healthy-ish, at least.

For aesthetic purposes I used two eggs on Dad’s sandwich (as his was made first and the one I used for pictures). One egg is fine. In fact, two eggs might be too much unless you’re splitting the sandwich or have a decent appetite (like I do!).

I like to cook the eggs over-easy so that the egg runs when you bite or cut into the sandwich. Dad thinks the sandwich is restaurant-worthy. I would tend to agree! 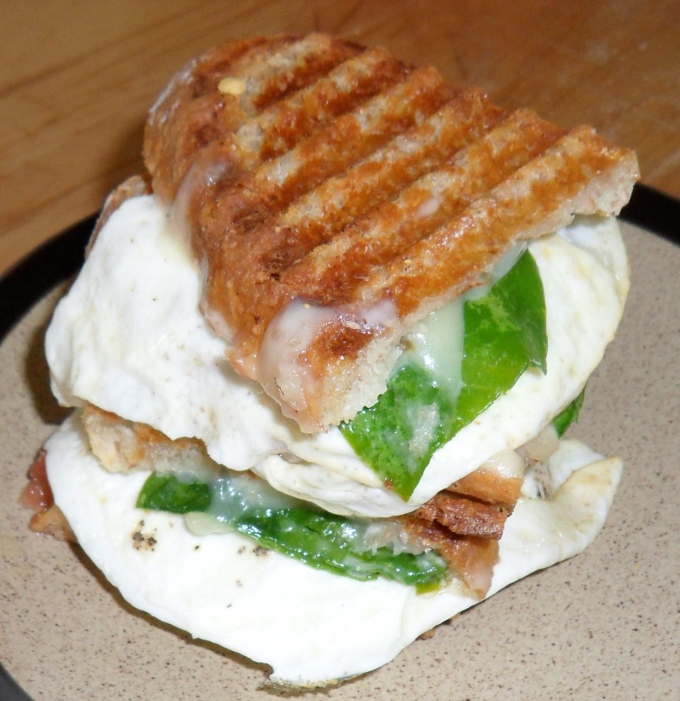