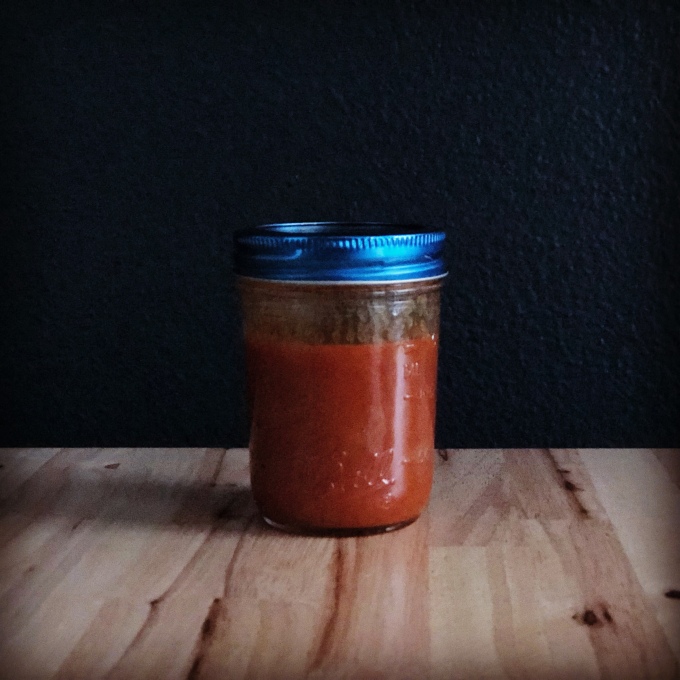 There’s a shockingly low amount of recipes floating around the internet for homemade buffalo sauce – that’s what I discovered at a cursory glance that lasted about 10 minutes. Having worked in the restaurant industry for 10 plus years, I had an idea of what goes into the making of a traditional buffalo sauce: butter and hot sauce. Traditional is what I was looking for. But then I found this recipe, a non-traditional buffalo wing sauce recipe, at mikefuller.hubpages.com. My recipe is an adaptation.

This sauce is very garlicky and a little spicy. It’s mild enough that you don’t need a creamy sauce to tame the spiciness. Also the flavor is good enough to stand alone. The original recipe calls for 1/8 to 1/4 cup of brown sugar but I don’t like sweet wing sauce so putting more than one tablespoon of brown sugar in the sauce made me nervous. I can’t say I even tasted the brown sugar at all.