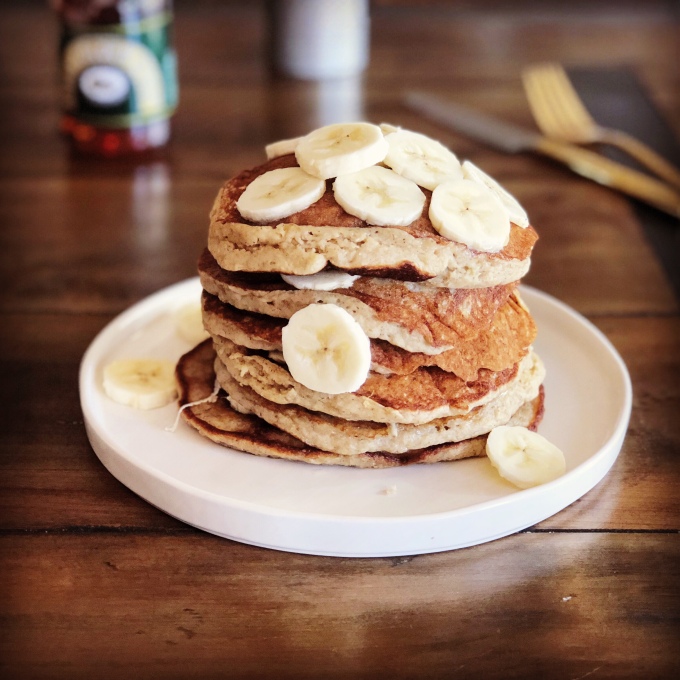 I spent my Saturday morning and afternoon cleaning out my kitchen cupboards, which meant throwing out expired goods and taking stock of my ingredients. I found I had an inordinate amount of almond extract along with more oat bran than I know what to do with. (I can’t imagine why I ever would have bought this much oat bran?) To use the bananas I bought last week but never ate (along with the overabundance of almond extract and oat bran), I created this recipe:

This pancake tastes exactly like what it is: a healthy oat bran pancake. Even with dressing it up amongst mashed bananas and almond extract, the healthiness remains. That being said, if you like healthy-tasting pancakes you’ll probably like this recipe. A lot more than I did anyway.

I somehow managed to forget to add the baking soda to the recipe, which I don’t think had much of an effect (if any at all). The batter was thick; and, therefore, the pancakes took longer than normal to cook. I was able to make one thinner pancake by rotating the pan a bit after I dropped the batter down. If you like thinner pancakes, you can use that technique (or thin out the batter by adding more milk). 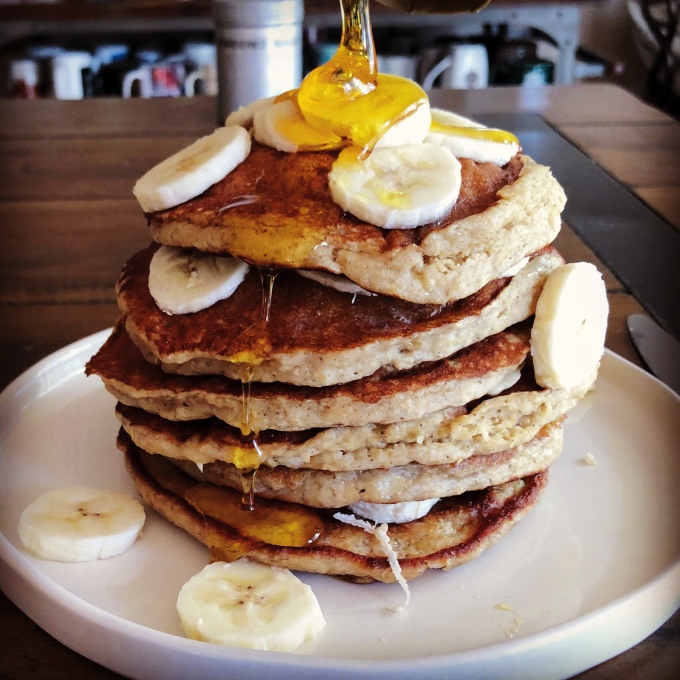