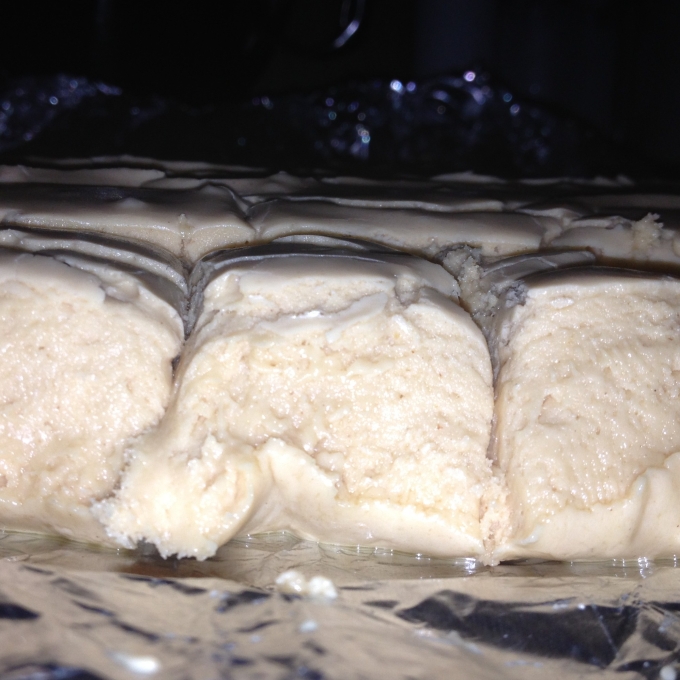 I would caution you not to try this recipe at home. I hesitated to even publish this blog as the recipe was an epic fail. But I had already taken all the pictures and put all the work into drafting the blog that I figured I may as well. How else do you learn if not from your mistakes?

Though the taste of the fudge was peanut buttery and spot on, the consistency was not. Once ‘set’ the fudge was soft and sticky. Which is sad, because the recipe is ginormous. What the hell am I supposed to do with a baking dish of too-soft peanut butter fudge?

Everything that I read tells me I went wrong by not using a candy thermometer. Perhaps. This recipe was sent to me by my grandma – something she clipped from a newspaper that could have come from the 1950s for all I know. But I know I’ve made fudge before sans candy thermometer and it turned out the consistency of normal fudge.

The other thought that I had was that I didn’t use enough marshmallow fluff. Marshmallow fluff is sold in jars of 7 ounces. I used three jars (and because I didn’t have four) a heaping cup of marshmallows. Considering I had successfully made Red Velvet Fudge using marshmallows I figured I could use them as a substitute in this recipe too. Maybe I was wrong.