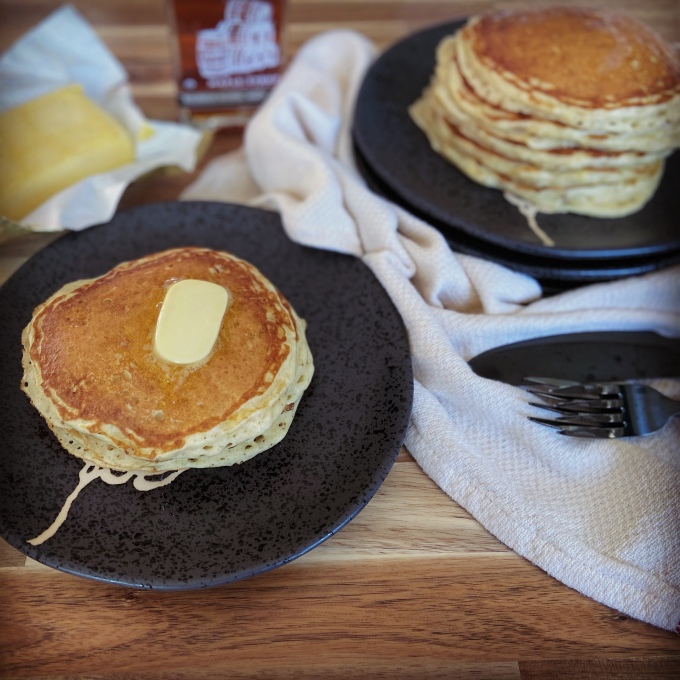 Here’s what I said about these pancakes back in 2013:

I can’t believe the idea of brown butter pancakes never occurred to me until this morning. Hello – brown butter anything is my favorite. Not to mention I’m obsessed with pancakes of any flavor.

I browsed the internet and found a few recipes for Brown Butter Pancakes and then kind of went off and did my own thing. I added vanilla extract to the batter, which I wouldn’t do again. I’d rather not have the brown butter taste disguised by a more powerful flavor.

Not that you will have any complaints. Dad had seconds on these, announcing: “I was going to limit myself but decided not to” and then later “man, I’m so full.”