I found a recipe for Chewy Peanut Butter Granola at the website Something Swanky (thank you, Pinterest) and I knew I had to try it. I love granola. I love peanut butter. I love the idea of having something snack-y on hand. So I tried the recipe and I got to thinking … this is really chewy. Like really chewy. So chewy it doesn’t really resemble granola to me. It’s more dessert-like. Like peanut butter rice krispies or peanut butter cheerio bars in a crumbled form. I liked the taste, but couldn’t decide if I liked the texture or not. So I threw it on some Greek yogurt to eat it in the manner in which Ashton of Something Swanky does.

Let me tell you how I feel about Greek yogurt. I keep wanting to like it. It’s so good for you. And it has so much protein. But dang there’s just something about it – that tanginess – that kind of startles me every time. And then it’s also not as sweet as other yogurt. Which you would think would be fine if you were mixing in some sugary peanut butter granola crumble stuff and chocolate chips. But it was just a clashing combination of flavors. I found that I had to keep adding granola to drown out the taste of Greek yogurt. Sigh. 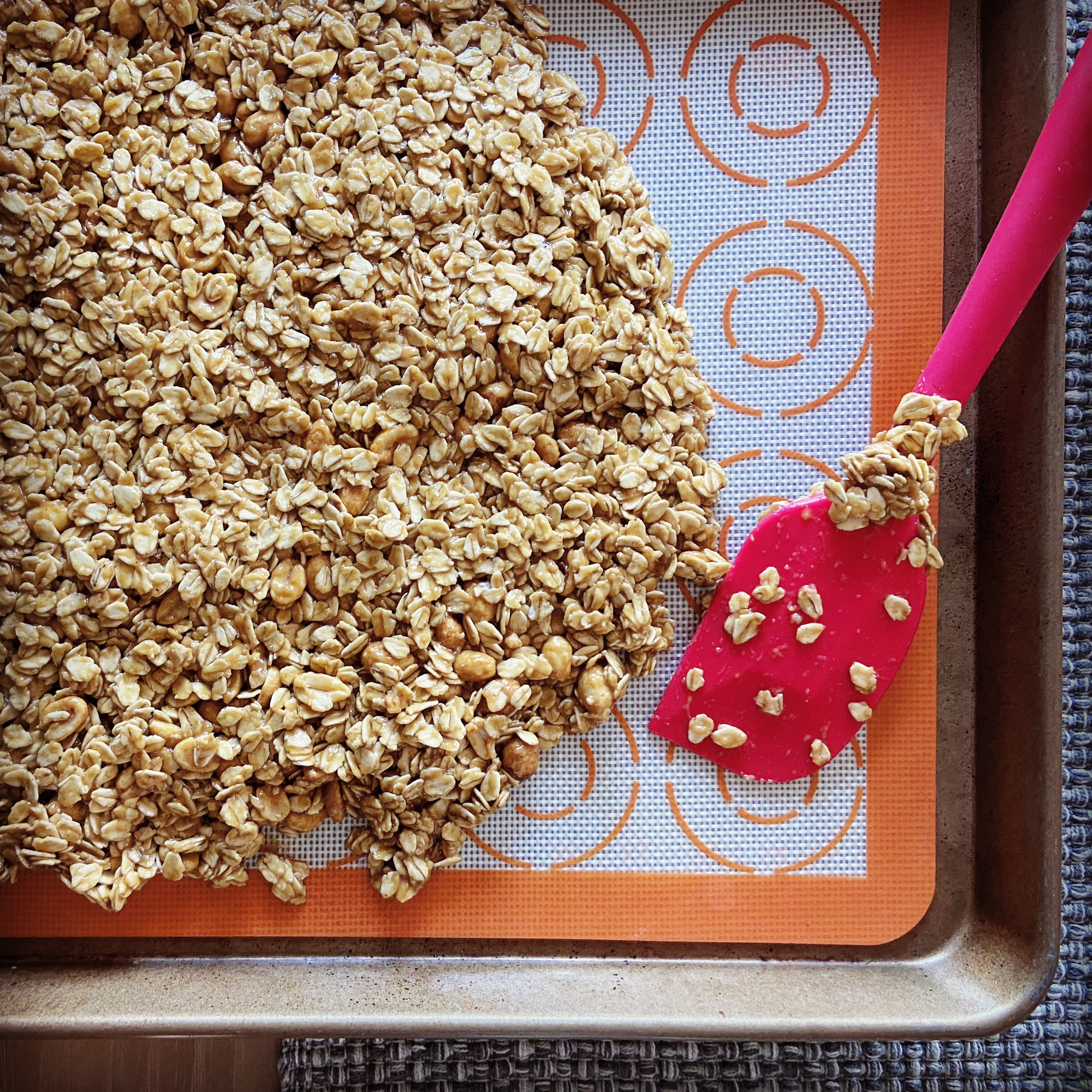 * I was worried about how thick and gooey the granola was so I added more oats than what’s called for here. I probably added another ½ to 1 cup.

While I was originally going for a “healthy” sort of dessert, after experimenting a few times I turned this into and indulgent granola parfait dessert with a hint of health (thanks to that one to two tablespoons of Greek yogurt mixed in). The first time I made the parfait I used granola and chocolate chips. On the second go round I added some thinly sliced bananas which I have to tell you was an excellent addition to the parfait. I think I could eat this every night for dinner/dessert. I would eat it again tomorrow had I not already eaten my way through the granola!