I found a very basic recipe for Cauliflower Gratin when flipping through Foot Network Magazine a couple of weeks ago. I unsheathed the recipe this morning when I was trying to finalize my Thanksgiving menu and found the recipe in a pile of recipes I had set aside. I had an extra bag of Riced Cauliflower I’d bought at Trader Joe’s when I’d been planning to make a Thai dish with cauliflower instead of rice. So when my stomach began grumbling today, I decided to fill its emptiness with this dish. It was very easy to make, especially because I didn’t have to rice my own cauliflower. 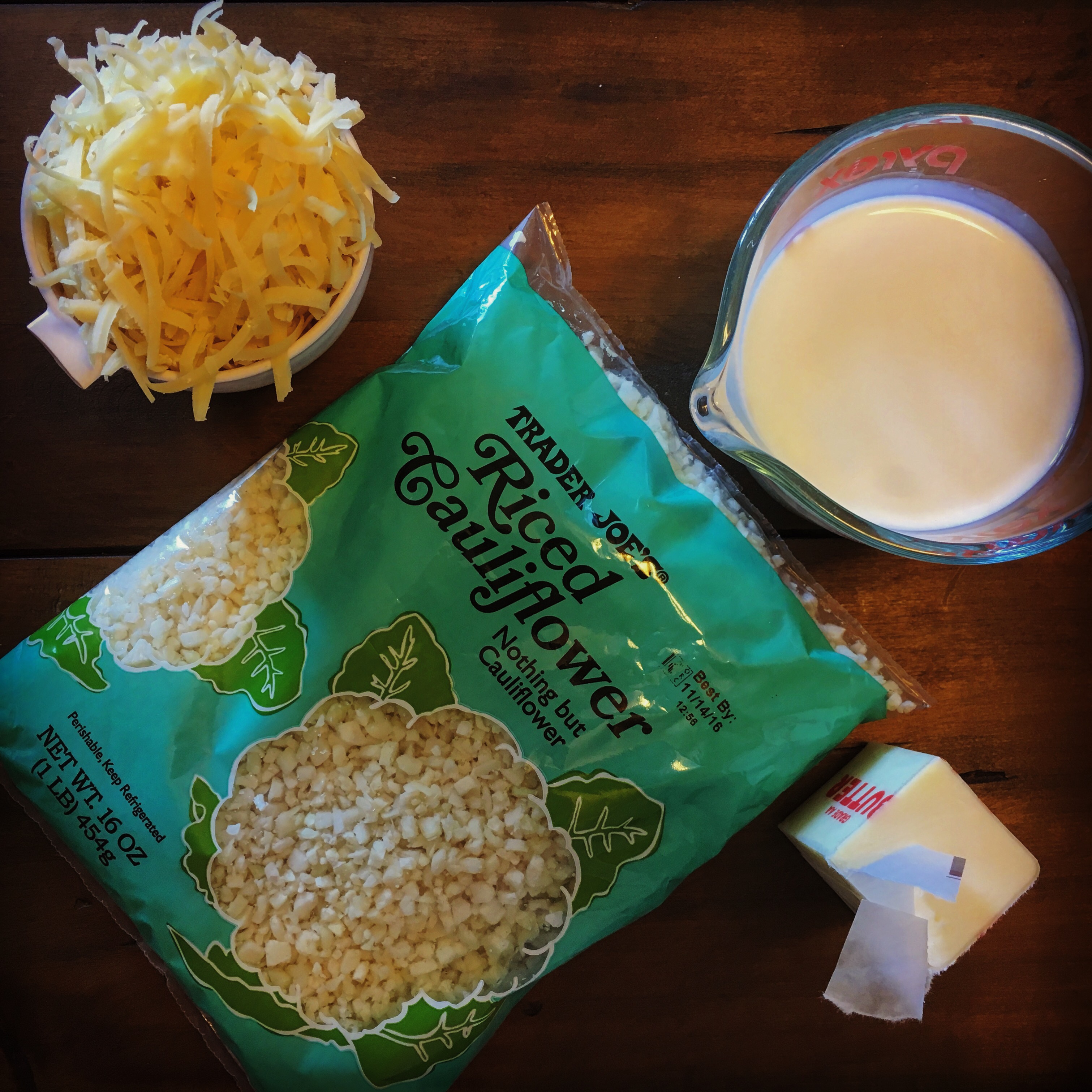 If you’re not overly fond of cauliflower, this is probably a good dish to ease yourself into the taste. If you love any gratin-style vegetable (as do I), you’ll love this dish. This recipe makes two large portions or four smaller portions, in my estimation.