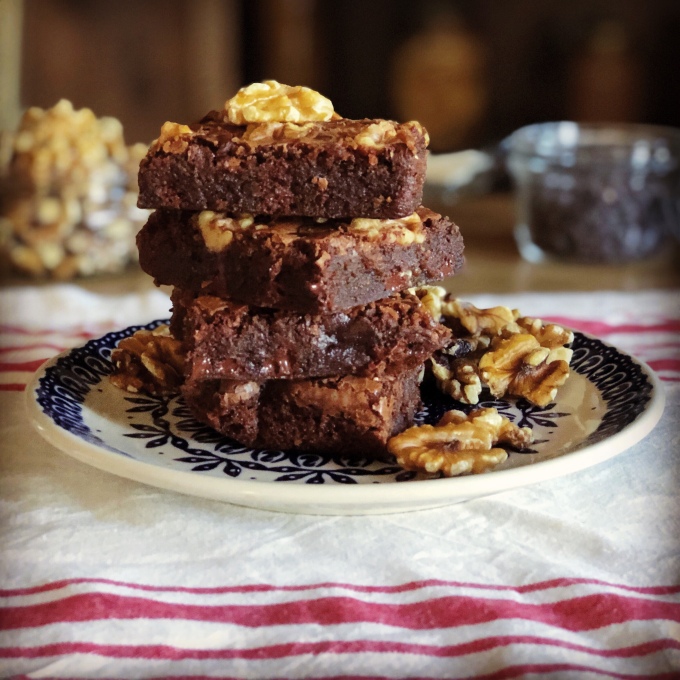 I have a friend, very dear to me, who will be off work for 6 to 8 weeks (maybe more, maybe less) because she’s having hip replacement surgery. Today was her last day at work, which caused for a celebration. Not because we are happy she’ll be gone, if that’s what you were thinking, but because we are happy she is going to have some much needed time off work and, hopefully, come back as the bionic woman.

Since I got back to work on July 5th after my own stint away from work for many months, she’s been dropping some heavy hints that she wants me to make something yummy involving chocolate and peanut butter. While I’m with her (chocolate + peanut butter is clearly an amazing combo), I wanted to surprise her with something fun on her last day.

I’ve known Bekie almost 5 years because we have worked together that long. She started a week before I did. In almost 5 years I have made many a brownie and brought them to work to share with my beloved coworkers. Every damn time I bring in a new brownie recipe she asks me why I don’t put nuts in the brownies. Every. Damn. Time.

Why? Because I don’t like nuts in baked goods, generally speaking, unless it happens to be a nut-specific baked good. Like peanut butter cookies made with nuts. Or Pecan pie. Or … OK I seriously can’t think of any other examples. But since Bekie is always whimpering about wanting nuts in her brownies and this was her special day, I thought I would give her a special treat.

When I brought the container into work and asked her to guess its contents, on the third try she guessed brownies with nuts?!

This recipe we did enjoy. It hails from the NY Times recipe collection for Supernatural Brownies. Maybe you’ll get lucky enough to access the recipe without being pressed to buy a subscription. Or maybe you already have a subscription and have full access to the original recipe. If not, just follow my recipe below. It’s gently adapted from the NY Times one. This recipe was the perfect recipe to test on Bekie because it’s made with her ultimate favorite brownie accompaniment: nuts.

The recipe says for best results to make the brownies a day ahead of time. I read this to Sis after she hacked away at the pan to get a still warm brownie. Sis declared them a success while still warm and asked if the brownies had caramel in them. The answer is no. But they are fudgy in texture! 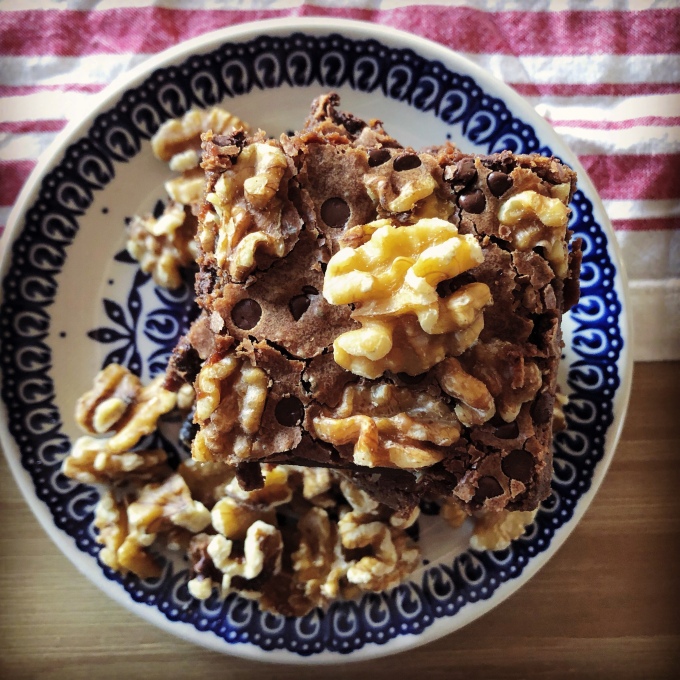 Everyone who tried one of these beauties exclaimed about how good they are. I tried coaxing my coworker Carl into trying one but he turned up his nose at them because they didn’t have frosting.

Sometime in the middle of our workday I saw Carl in the hall and he said, Hey your brownies are really good.

I looked at him quizzically and asked Did you try them?! knowing he only eats brownies with frosting. (A brownie isn’t a real brownie unless it has frosting. That’s what he said to me at 6 am when I unveiled them.)

Turns out he had been persuaded by the fact that the brownies had walnuts. He informed me that his son had gone to culinary school and when they were being judged on their efforts they only got one of two scores: pass or fail. Carl gave the brownies a pass, which somehow seems like the ultimate compliment.

These brownies are super easy to make (and super easy to eat…). I mixed them up in the pot I used to do the melting and then poured the batter into the pan. Thirty-five minutes later, a star was born. 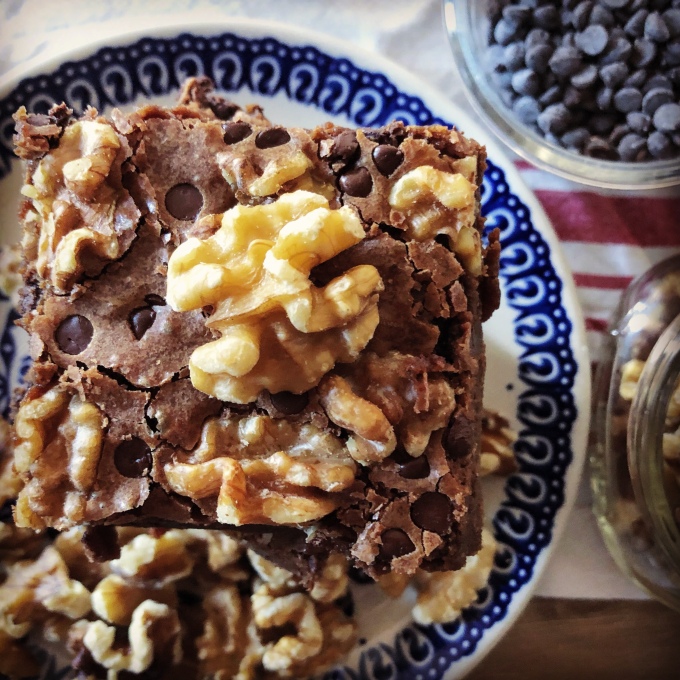 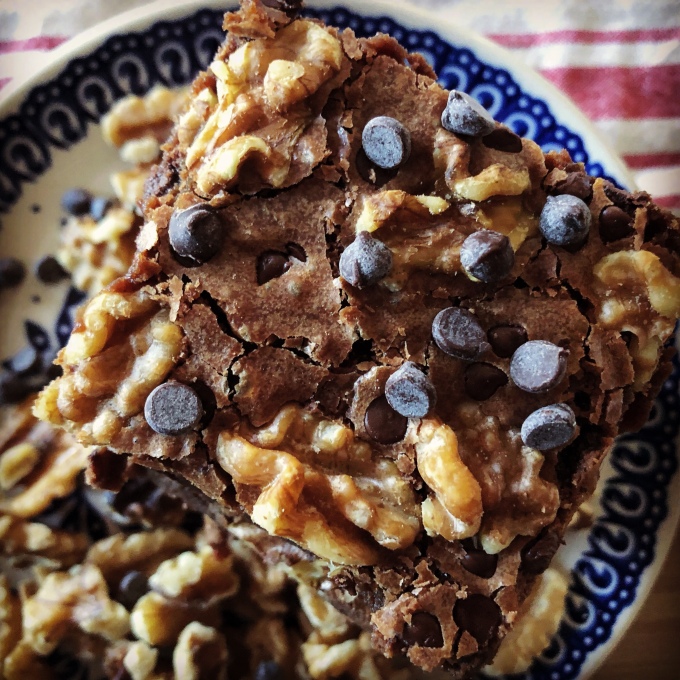 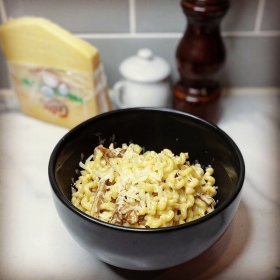 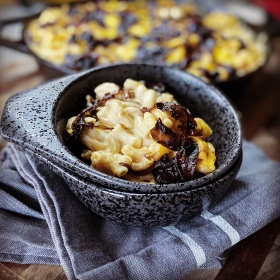 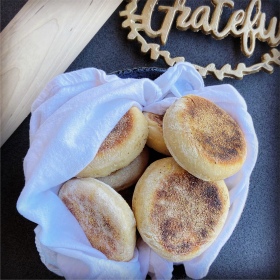 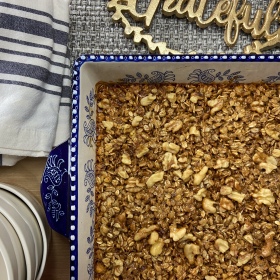 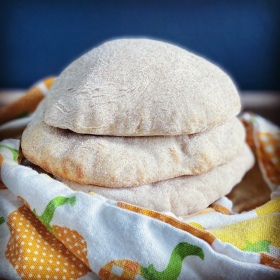