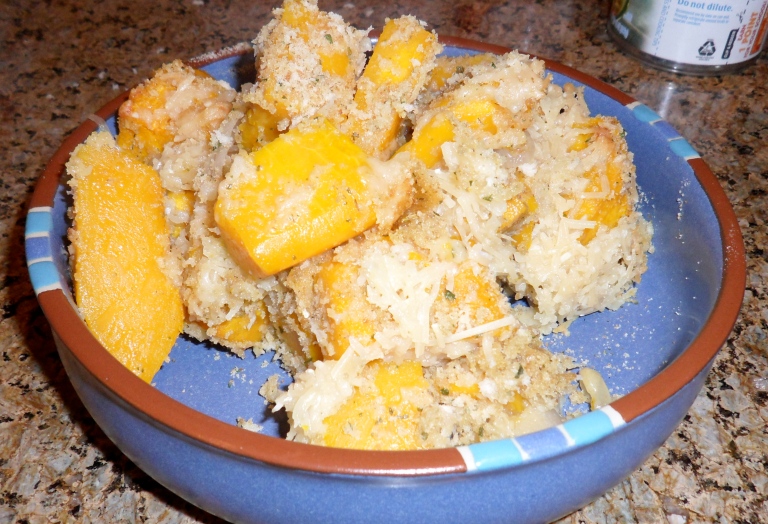 A few weeks ago I picked up a Kabocha Squash at the grocery store. Having never seen or heard of it before, I needed recipe ideas. I found one that sounded pretty good and relatively easy at Stephen Cooks!

This is my adapted recipe.

A few things about this dish:

I think this dish has potential for being a great dish if baked in a shallow baking dish and, perhaps, if the liquid mixture was reduced to half a cup.