Per Kiki’s request, we are going to begin trying recipes from Cooking Light magazine for lunch and dinner for as long as I’m staying with them (only another week). But first, one last fat-laced, heart-attack inducing lunch (per my request and because I had already bought the ingredients when Kiki made her request).

We decided to use the Panini press to make our sandwiches in part because I’m obsessed with Kiki and Colton’s Panini press but mostly because we thought it would be easiest.

I layered Kiki and Colton’s sandwiches with homemade chipotle mayo that I whipped up, cheese, and bacon. Mine: cheese, bacon, and tomato. (I was too scared to try chipotle mayo on rosemary bread. I thought the flavors would be conflicting.) There aren’t many things you can do wrong when making a grilled cheese sandwich UNLESS you burn the bread before the cheese has even melted (which I’ve done). But if you use a Panini press that will NEVER happen. I started the sandwiches on their sides, then when I flipped them over I also rotated them 90 degrees to get the criss-cross marks on the bread.

Both Kiki and Colton said the chipotle mayo tasted good on the rosemary bread — there wasn’t enough mayo on there to really alter the flavor of the sandwich (I only put mayo on one side of the bread anyway). My bacon, cheese, and tomato sandwich (sans mayo) turned out excellent as well. 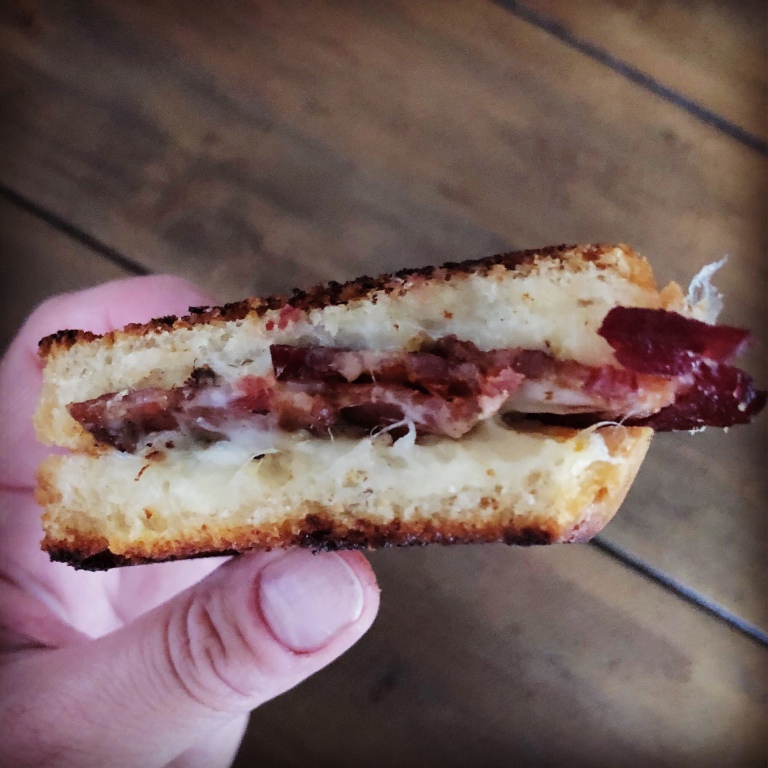