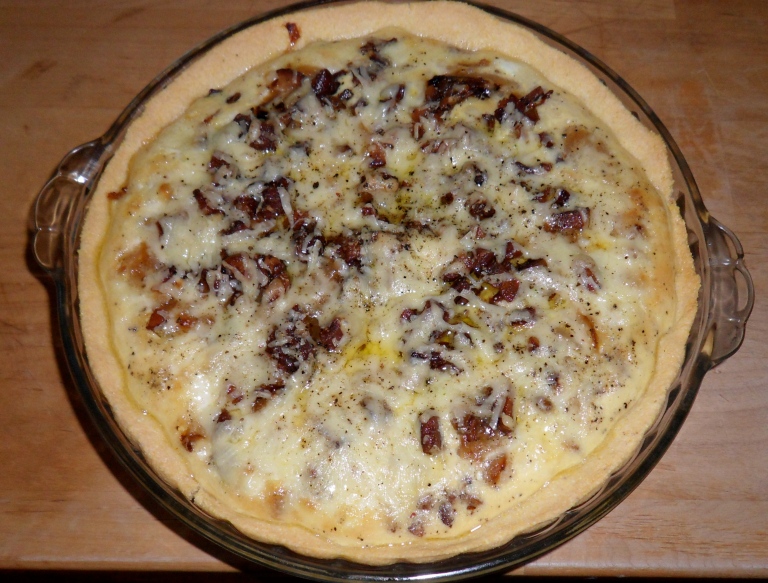 Something drew me to this recipe and I can’t quite explain what it was. I like onions. I like them a lot. But I don’t love them. Still this recipe looked intriguing. Plus, I’ve been obsessed with making savory pies recently (AKA Quiche).

I needed to make this dish before Dad left because I was convinced he would love it. This recipe is courtesy of Grandma Mo and Relish Magazine.

I’m not  gonna lie. Pulling this out of the oven it certainly looked and smelled good. However, I was very scared to try it. There was simply way too much onion in the dish (the original recipe called for three medium onions, I used three large.) I sliced into the pie and onion seemed to ooze everywhere. I bit into the first bite with trepidation. Then mowed the entire piece. It was the perfect combination of flavors!

Thinks about it. What are your favorite add-ons to a burger? Mine are fried onions and bacon. These were the two major flavors of this pie. Dad agreed. You did it again, he exclaimed. Whenever I wing a new recipe and it turns out phenomenal Dad is always slightly amazed. He’s also amazed I can choke down so many onions in one sitting.