After bringing Bacon and Walnut Chocolate Chip Cookies into work, I got myself on a bacon kick. A coworker showed me a picture of some bacon waffles he made (apparently I’m not the only person that takes pictures of my food), which inspired me to try this recipe.

Bacon pancakes are listed as a variation of the Pannekoeken recipe my grandma sent me. They are an awesome variation.

The bacon I used was Trader Joe’s Uncured Bacon, which was thick and seemed to have a maple taste. (Though I could have been imagining the maple taste.)

If you like maple flavored bacon or breakfast sausage, you’ll love these pancakes. I like to make the entire batch of pancakes (this made approximately 12 to 14 large pancakes) and reheat them in a skillet or on a pancake griddle over the next few days. They taste just as good reheated as they do fresh off the griddle. I swear! 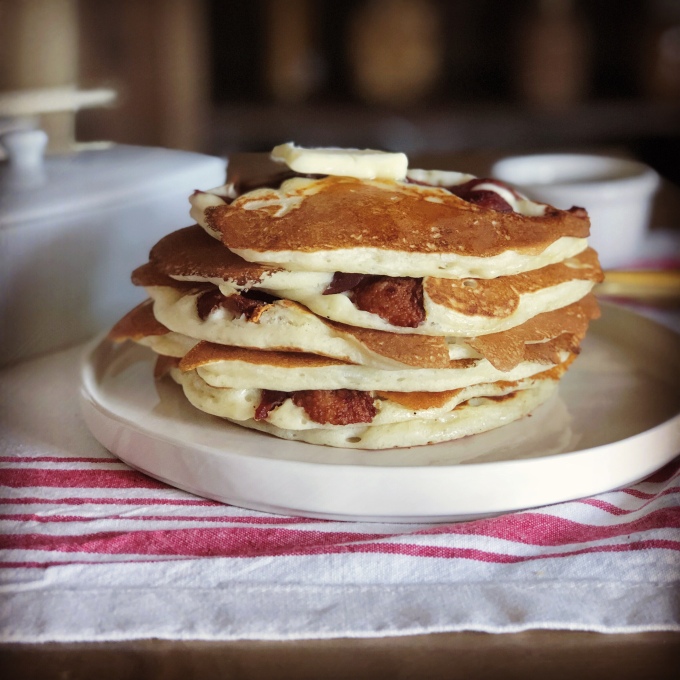