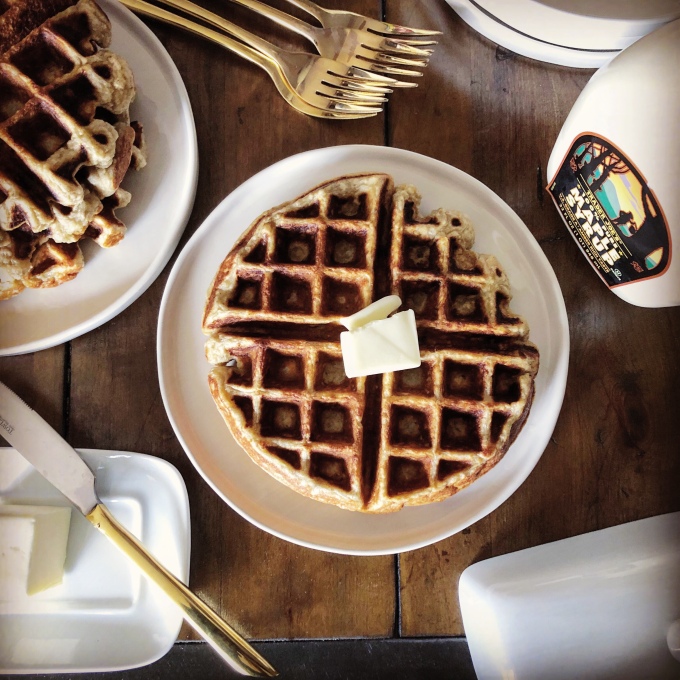 I am a terrible waffle batter pourer. No matter how conservatively I distribute the batter there seems to be pouches of batter that spill from the sides; however, the finished product inevitably has pockets of batter that haven’t reached the edges of the iron. I can’t seem to get a full waffle no matter how hard I try. Yet I keep trying.

My mom has a great recipe for sour cream waffles that used to my favorite when I was younger. Mom, if you’re reading this would you send me that recipe?! So when Grandma Mo sent me a recipe for these trumped-up sour cream waffles, I decided I needed to try it sooner rather than later.

One word about these waffles: yum!

You can’t at all (can barely) taste the oatmeal in this recipe – I’m not sure if this is by design or not. Also I don’t think it would hurt to add another banana because there wasn’t an overwhelming banana taste in these waffles either. (Though it could have been because my bananas weren’t too ripe.)