The best chicken strips I’ve ever had are served at The Chancery, a small chain of restaurants in southeastern Wisconsin, and they’re called Chicken Finger Crunch. At least that’s what they were called when I worked there back in 2005. What makes these chicken strips stand out above the rest is the breading. It’s thick and crunchy. (It’s Panko.) The Chancery line cooks deep fry the fingers until they’re a dark golden brown.

Whenever I’m back in Wisconsin I make it a point to get to my favorite local restaurants. The Chancery is one of those restaurants I usually make a point to visit, though I haven’t had their chicken fingers in years. Every time I go I get what used to be called the Garbage Burger (back in the day). The formerly-known-as Garbage Burger is basically a bacon cheeseburger topped with roasted garlic mayonnaise and sour cream. What’s not to love about that?

Since I don’t have enough room in my stomach for a garbage burger and anything else, I’m forced to recreate other Chancery dishes while at home. I’m pretty sure I’ve found a darn near duplicate recipe for what The Chancery serves as their Chicken Finger Crunch. Enjoy! 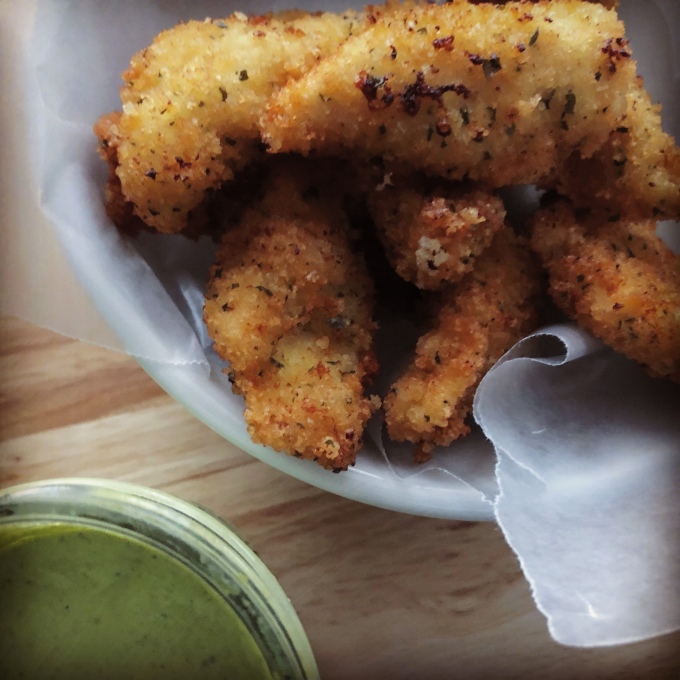 If you don’t have peanut oil, don’t fear. Canola oil or vegetable oil will be fine substitutions. I’ve used both. 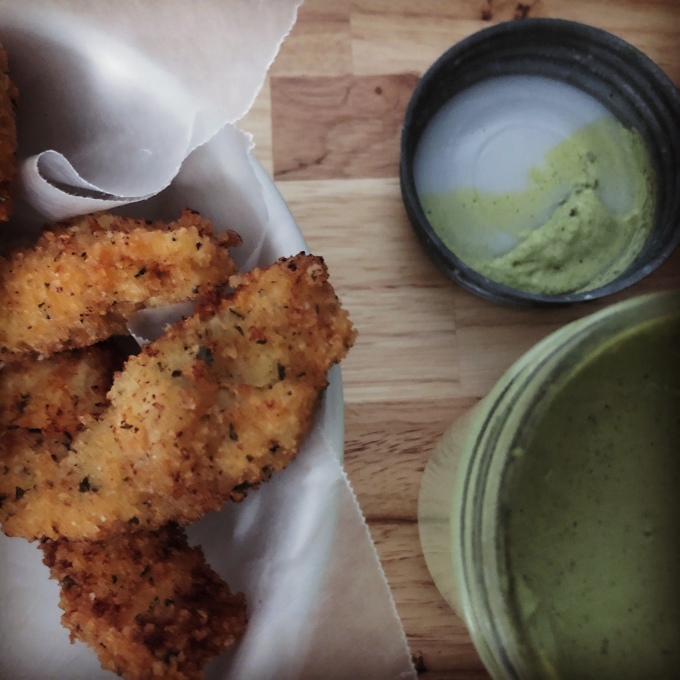