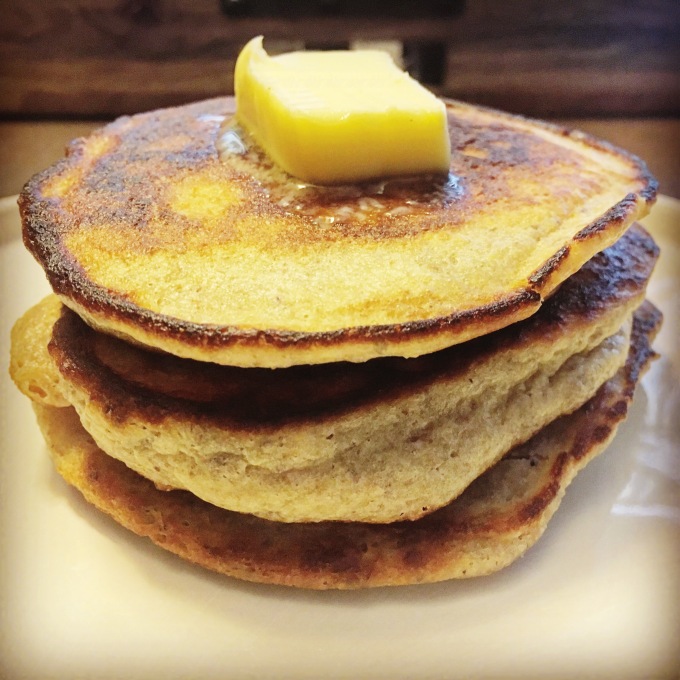 A few weeks ago I bought a low-carb baking mix from Bob’s Red Mill thinking it would be a disappointment. The terms “low-carb” and “pancakes” have never really jived with me. I’d always assumed if you ate a low-carb lifestyle you were destined for a life of eggs, bacon, cheese, red meat and high cholesterol. I have had good success eating a high-fat, low-carb diet 6 days a week. I don’t necessarily crave bread or carbs; I eat that crap on Sundays. But still it would be nice to change things up every once in a while with dishes that were previously thought to be off-limit. So when I saw a baking mix that would allow me to try pancakes that were supposed to be low-carb, I’ll admit I was intrigued.

Also because I did the math and one serving of these high fat beauties deliver 10 grams of fiber. Unheard of on a low-carb diet!

I’m a bit of an unusual person in that I grew up eating only butter on pancakes. I never cared for syrup. It was too sweet. (I also ate noodles with butter instead of marinara, plain cheese pizza and peanut butter sandwiches, no jelly. I didn’t start eating vegetables until my 20s!). To this day I still eat pancakes with butter only. Every once in a while while eating at a restaurant, I’ll dunk them in maple syrup–usually when pancakes are too dry/I don’t have enough butter. When I’m at home, I pour golden syrup over my pancakes.

Anyone who eats low-carb knows that butter is basically your best friend. And syrup is out. Golden, maple, whatever. It’s not your friend when you’re eating low carb. Luckily for me it’s no big thing to ditch the syrup and go with butter. It’s preferred!

I was delightfully thrilled to discover these pancakes tasted like real pancakes to me. A bit healthier maybe because you can taste the different grains or flours but I don’t mind a “healthy” taste; I like wheat bread and multi-grain anything. I truly don’t think anyone would know these are low-carb. They came out pretty thick and I noticed that the batter seems to thicken as it stands so you’ll probably want to make them all at once before the batter becomes too thick to work with. The recipe only made about six pancakes anyway so making them all at once shouldn’t be an issue. You may want to eat them all at once too! If you have restraint, you should get two servings of three good-sized pancakes from this recipe.

If you are eating low-carb but missing pancakes or waffles, you should try this recipe. You will not be disappointed.

The recipe below is based on the recipe on the back of the Bob’s Red Mill low-carb baking mix package. 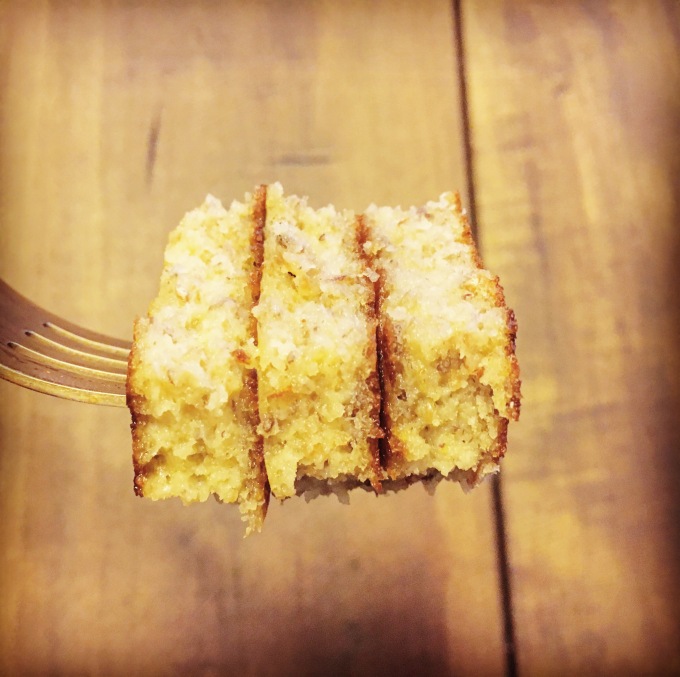