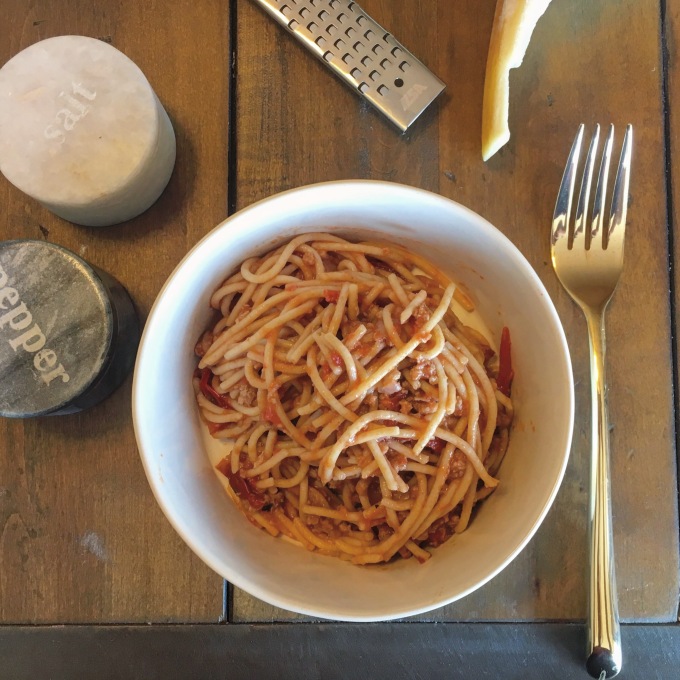 When I was a kid, my grandma watched my sister and I quite often. She lived about a mile from the Catholic school where we attended grade school and I remember walking to her house after school or being dropped off there so she could watch me when I was sick. We would watch Days of Our Lives. She would smoke cigarettes. And she would make me lunch. My favorite dish of all time as a child, and to this day, is my Grandma’s Slopped-Up Spaghetti recipe. I remember there was a time when I tried to recreate her recipe at home. It never really tasted like hers did. I mean sure she used her own canned tomato sauce and I used store bought tomato sauce but how could there be such a huge difference? Turns out, there can and is.

She can make her Slopped-Up Spaghetti dish in about 30 to 60 minutes so it made for a quick lunch or supper. The recipe doesn’t require a ton of ingredients and it’s the best tasting pasta dish in the whole world. I promise. I wouldn’t lead you astray on this.

When my coworker gave me three pounds of Roma tomatoes this past week I thought long and hard on what I could make to use all those dang tomatoes. I had some whole wheat spaghetti sitting on my counter and I thought it would be nice to recreate a slimmed-down version of my grandma’s pasta dish. I swapped her ground chuck for ground turkey, white noodles for wheat noodles, canned tomato sauce for roasted tomatoes + pasta water and I have to tell you … it’s pretty darn close to my Grandma’s famous spaghetti! No one will ever make the pasta dish as good as she can but I’ll settle for pretty close.

I got approximately 12 one-cup servings from this recipe. 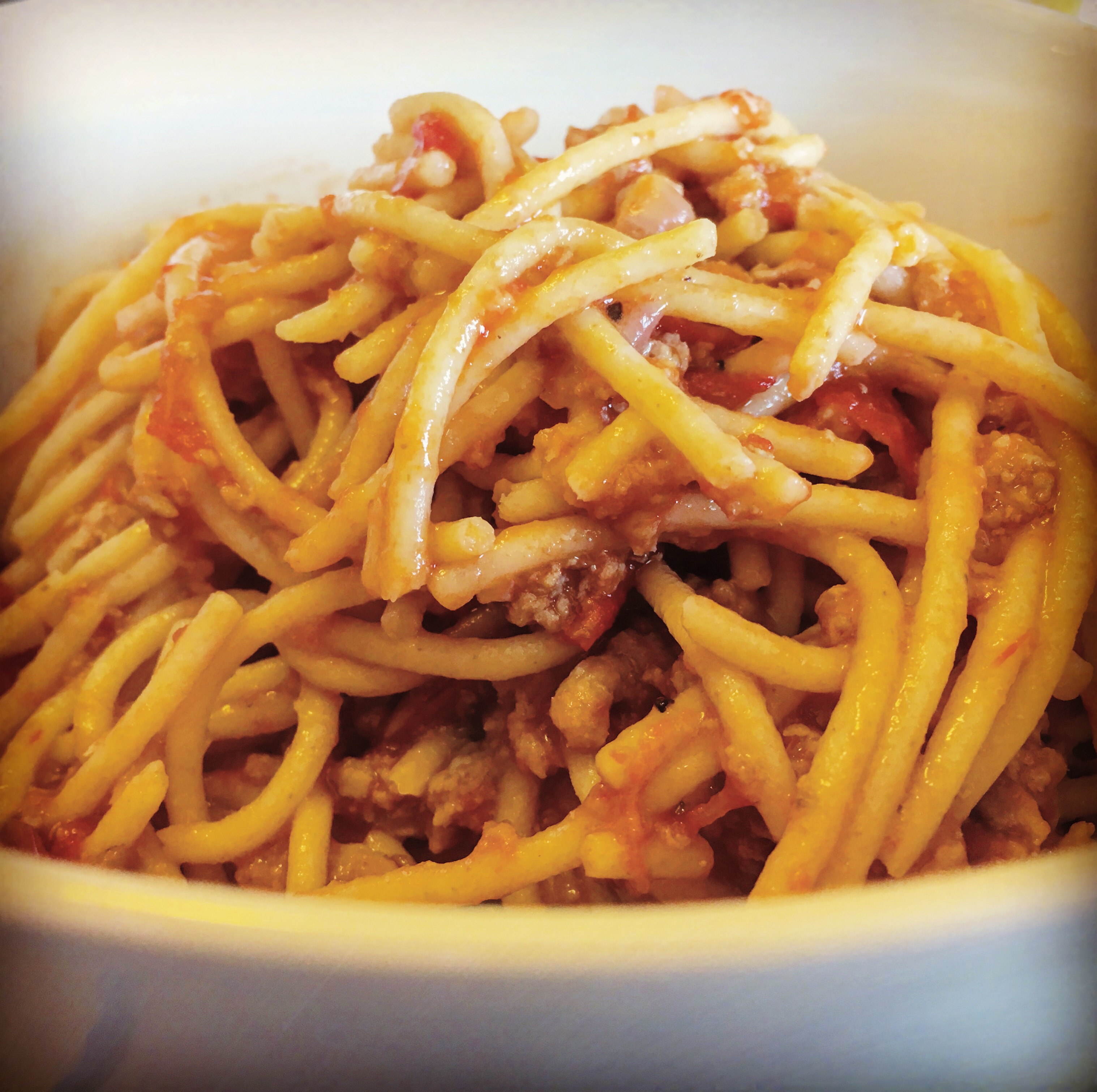 This lighter version of my Grandma’s famous dish takes a bit longer to make than the one I grew up eating. My issue is that I do not have any of my Grandma’s homemade canned tomato sauce so the only thing I can do is try to recreate her dish using other ingredients. I think the roasted tomatoes and pasta water worked great. I ended up adding the tomato paste on a whim toward the end because it seemed like it needed more of a tomato flavor. I almost put that the paste is optional but I do think adding the paste really brought the dish together. Perhaps if I had used more tomatoes I wouldn’t have had to have used the paste, but alas, my coworker cheaped out by giving me only three pounds of tomatoes instead of four. What can a girl do? 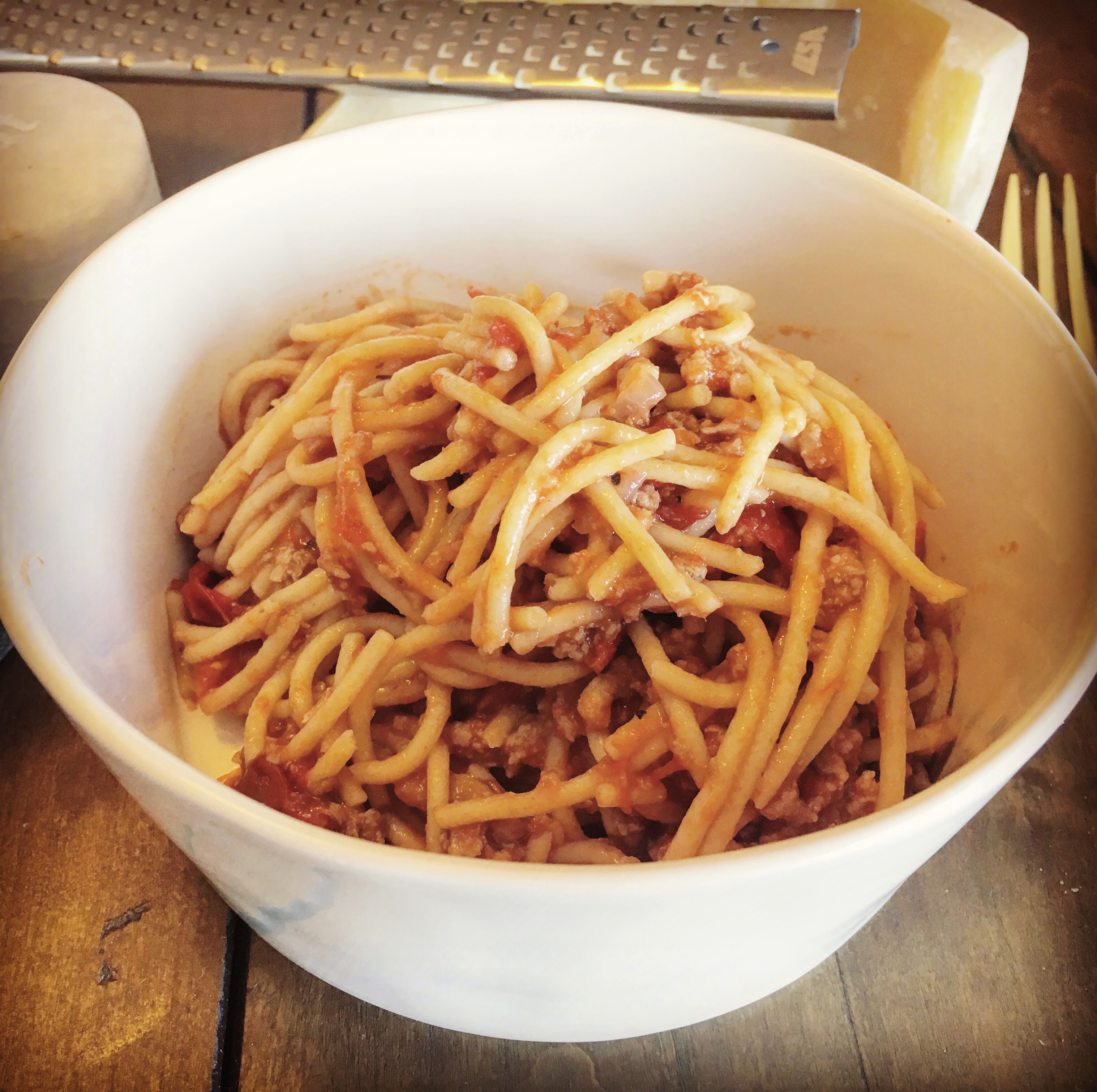 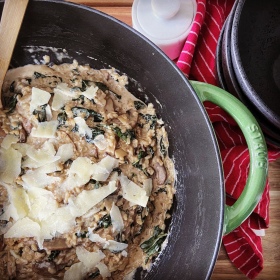