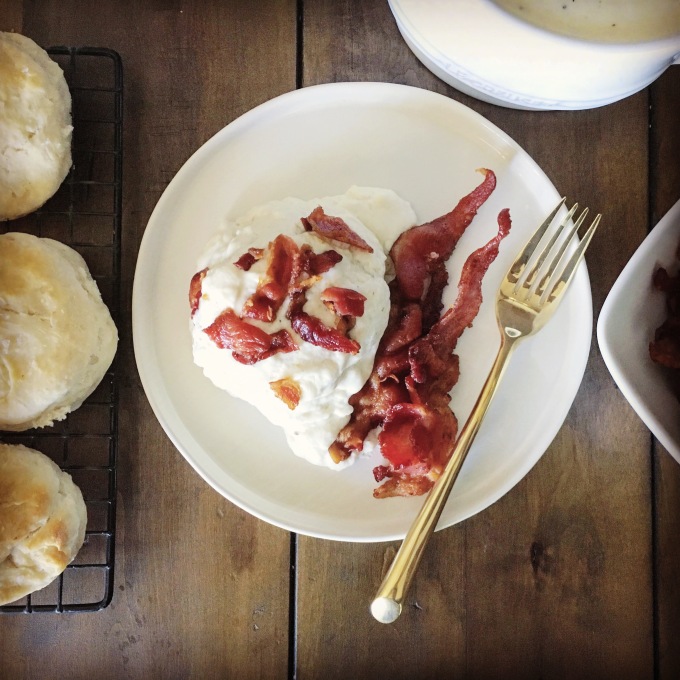 She texted me her family’s recipe. This is what she said:

So I followed Donna’s recipe to a T for the biscuits but ended up with a stiff dough instead of a dough with runny consistency. So I treated them like I would other biscuits and cut them out instead of dropping them onto my cookie sheet. Here’s my rendition of Donna’s family’s biscuits and gravy recipe.

Making biscuits and gravy is really a lot easier than what one might think. It’s also a bit experimental. Though I know you’re not supposed to add more grease or flour to the mixture once you’ve added the milk, I did. I added more bacon grease because I tasted the mixture and it didn’t taste bacon-y enough. I’m not sure how much I added but it incorporated into the gravy perfectly nicely if you need to do the same thing. I can’t vouch for adding more flour though if you think your gravy is too thin. I would recommend cooking it longer. It also seems to thicken abruptly when it begins to cool.

I am in love with this recipe. Too bad it’s so easy to make. It means I’ll probably make it more often now!