Well before Pinterest and Instagram became a thing, bartenders at a local Wisconsin restaurant chain invented pie milkshakes. This was in the early 2000s. I know because I was one of them.

Behind the bar we had a Kitchenaid mixer that we used to make a dessert, The Peanut Butter Cup (PBC). We had Reese’s peanut butter cups stored in the glass chiller that we were supposed to use to top the PBC dessert but we ate more than we sold in ice cream desserts. We also used the mixer to make Brandy Alexanders, Grasshoppers and Pink Squirrels. Really late at night we would get creative and make milkshakes with whatever we could find in the kitchen. Broken pieces of chocolate cake that were not servable would get tossed in with ice cream and whirled around in the mixer to make a chocolate cake milkshake. So would cheesecake. And apple cobbler. Not all at once, of course, because that would be gross. But we tried them all.

Nowadays pie milkshake recipes abound on the internet, Pinterest and Instagram but now you know the real origin of the dessert and you know that creative bartenders everywhere (or in Wauwatosa, Wisc.) were making them first. 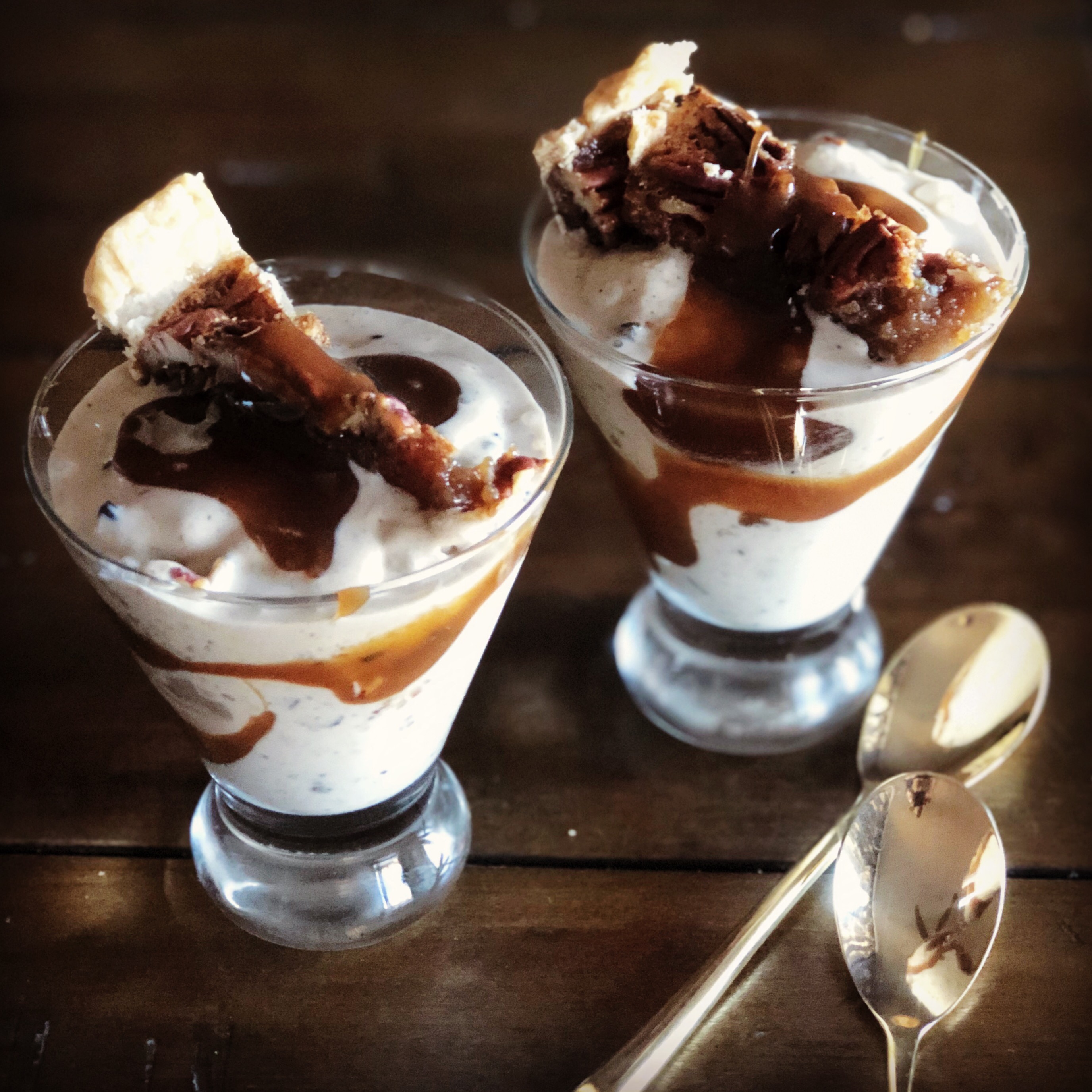