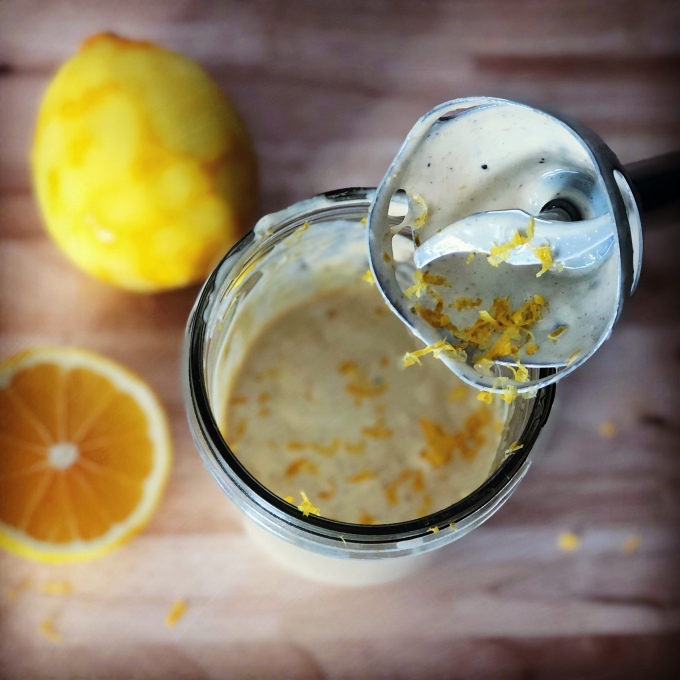 I love a good starter salad when eating out at a restaurant. Particularly I love a good caesar salad. There’s something about the simplicity of it (normally just romaine lettuce, croutons, dressing and maybe some cheese) that speaks to my inner soul. Yet oddly I’ve never even really contemplated making a Caesar salad (from scratch) at home. I’ve done it dozens of times using some Ken’s dressing (I like to use a mixture of the Creamy Caesar dressing and the Lite Caesar dressing) but never, ever have I had any desire to make a homemade Caesar dressing. Until now. 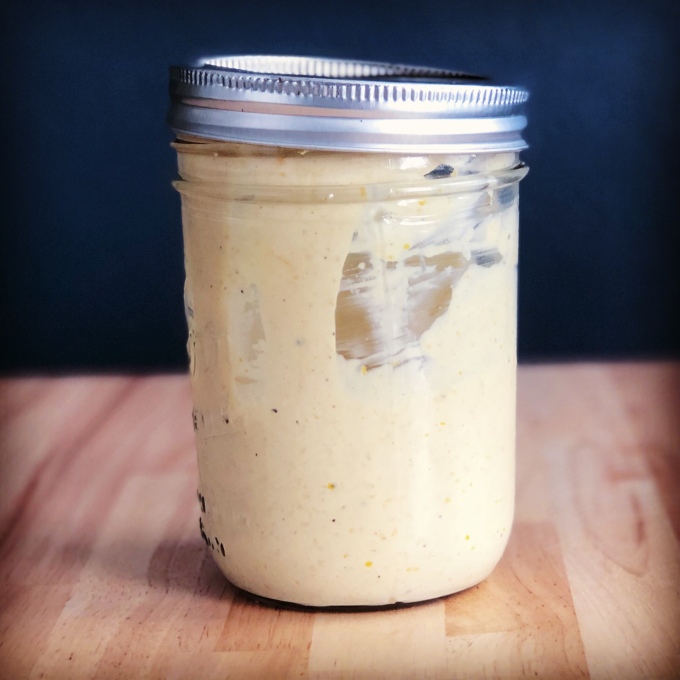 There’s this great little Italian restaurant in Northwest Portland called Justa Pasta that I try to go to whenever I visit Portland. On a recent trip to Portland, we stopped there for a celebratory/goodbye dinner (to pay tribute to the dogs we rescued in 2011 who would have turned 20 this year/month were they still alive) and decided to try a Kale Caesar Salad. We normally order the regular ‘ole Caesar salad as a starter, which is fabulous by the way. But on a whim we went with the kale, which is funny because neither Sis nor I really love kale. But this salad, boy oh boy, it was amazing. So amazing that we needed to recreate the salad at home. Starting with a zippy Caesar dressing.

I researched a lot before settling for a recipe located at the TOBASCO® website as my base. My recipe is gently adapted. The Justa Pasta menu describes their caesar salad as “extra lemony” which I didn’t realize until after I had made the dressing. However, I have made this recipe several times and do believe that I have it pretty perfect by now. 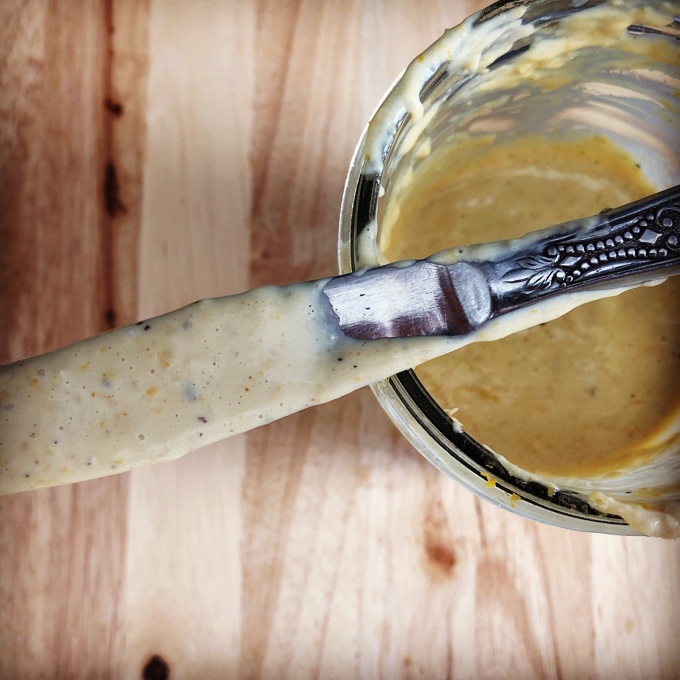 I didn’t include the lemon zest in my dressing because I didn’t realize I was supposed to be making it extra lemony. But Sis and I reasoned that adding the zest of the lemon would do the extra lemony trick. I will be adding it the next time I make this recipe and there will definitely be a next time! 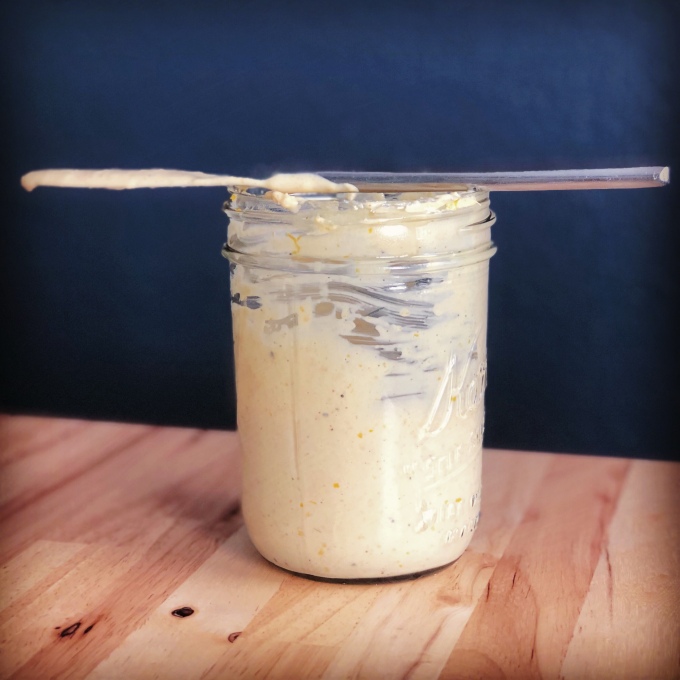 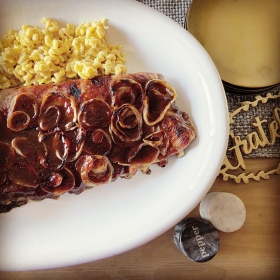 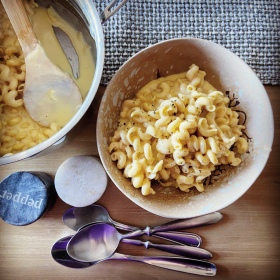