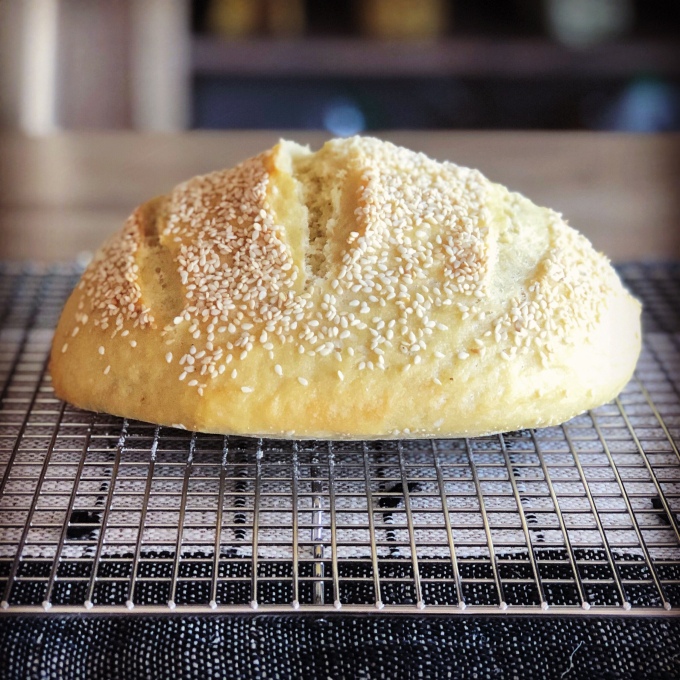 As I was baking this bread tonight I thought to myself, I’m so over making homemade bread. Then I wished I hadn’t signed up to make homemade bread. If I hadn’t, I would have driven straight to the store and bought some artisan bread instead of making it.

This thought, of course, was on the heels of squeezing in baking three loaves in between cleaning up diarrhea, taking a stool sample to the vet and grocery shopping. There was so much to do tonight I didn’t even have chance to make dinner, which ended up working perfectly. Instead I nibbled on this bread and some White Bean Hummus.

I didn’t think I would be overly impressed with this bread but after tasting it decided it’s actually one of my favorite recipes of all the artisan bread recipes I’ve tried recently. Though I think this may have had something to do with the sesame seeds on top which lent the bread a nutty flavor. Or maybe the sesame seeds were just a great compliment. Regardless, I ate three pieces of this bread straight from the oven. Well, not straight from the oven. I did let it cool down enough so that I could cut into it.  I would definitely make this recipe again.

Store uncovered and face down on a plate.