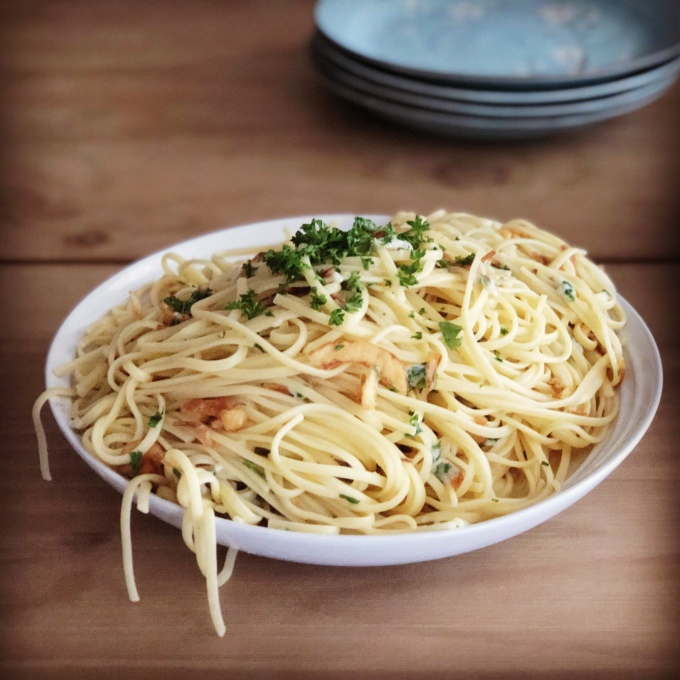 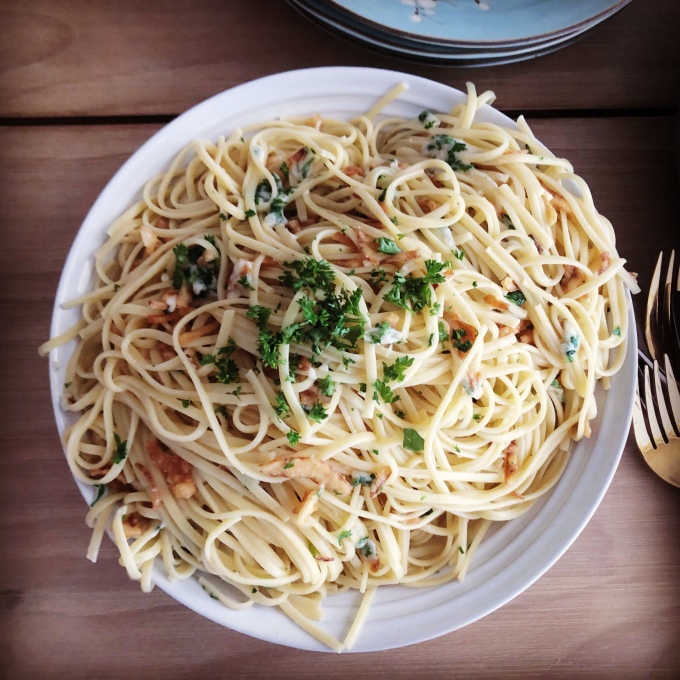 Nope. I’m still not over brown butter and now I’m exploring other brown butter dishes (besides cookies). The original recipe calls for breadcrumbs, but I was fresh out. Instead, I substituted crushed French’s Fried Onions.

French’s Fried Onions were the only thing I could find in the pantry of similar texture to breadcrumbs of which I didn’t think would clash horribly with the taste of brown butter. In fact, I was hoping the onion flavor would do well in the dish – complement the brown butter flavor, even.  I ended up not really being able to taste any onion flavor at all. So in that case it worked well as a texture substitute.

I remade the recipe twice within a week in 2019. The first time I remade it as the recipe specified (10 tablespoons of butter per 1 pound of pasta). It was a rare moment in time when I had my cousin in town from Japan, his mom and my aunt in from Milwaukee and my cousin and her boyfriend down from Venice Beach and Sacramento, respectively. Everyone raved about the dish. I was wondering if there was too much butter because it seemed like the leftovers were swimming in butter. The second time I made it I cut the butter in half. (Both times I added some pasta water to the dish.) In the second version, I wondered if there was enough brown butter flavor and/or if I added too much pasta water which I never knew was possible. I’ve utilized pasta water in the past as a thickening agent/to make the dish more creamy and never gotten to the point where I added to much.

All that to say, I would recommend either sticking with the original directions (below) or reduce the butter maybe to 1/2 cup (8 tablespoons). Also, I can’t imagine having this dish with bread crumbs instead of French’s fried onions now that I’ve had it so many times. The fried onions lend both a flavor and crunch to the dish.

I thought the recipe was great. However, with that much butter in the dish how could it be bad? 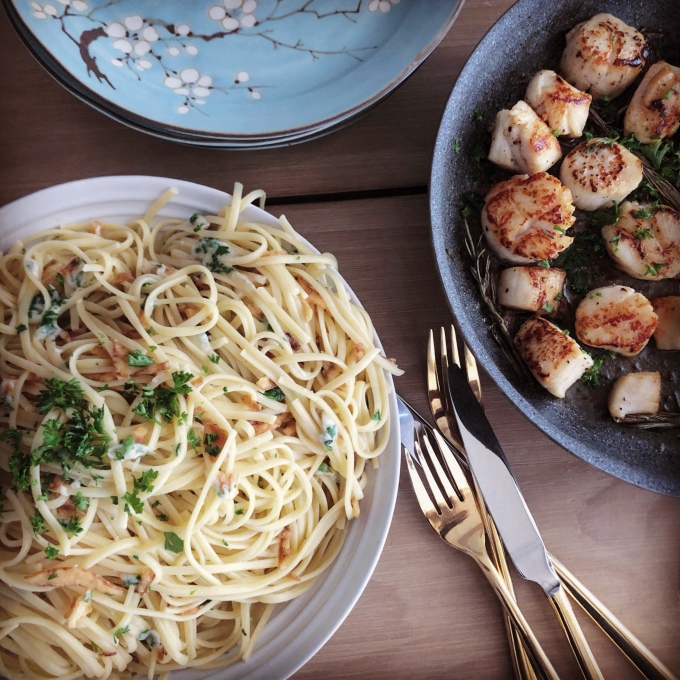