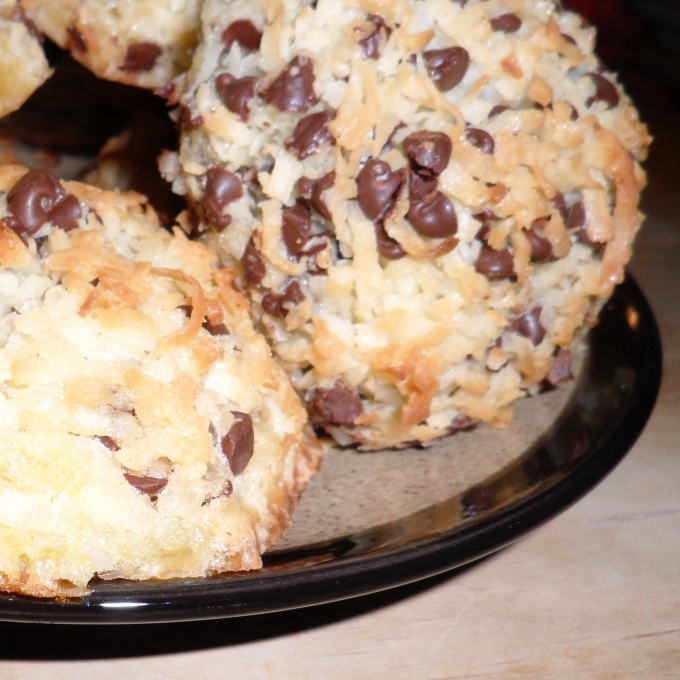 I almost wish that I never tried this recipe. The end product turned out to be OK (just OK) which tells me that I should have known judging by the fact that the recipe did not call for condensed milk that it wouldn’t be a huge winner.

This recipe made me slightly angry – specifically while I was trying to mold the mounds of coconut onto the cookie sheets without getting coconut stuck to my hands. (Impossible not to do, in case you’re wondering.) I eventually began to pack the coconut mixture into a small rounded dish in hopes of getting uniform mounds of coconut, but even then it was still difficult to get the coconut mixture to not stick to the bowl.

One of my biggest complaints about this recipe (other than the general taste) is that the egg part of the mixture seemed to pool around the edges of the macaroon and spread a bit during the baking process. For lack of better word, it makes the macaroons look frumpy. In order to get the macaroons to look more tidy, I sawed off the rubbery egg edges. 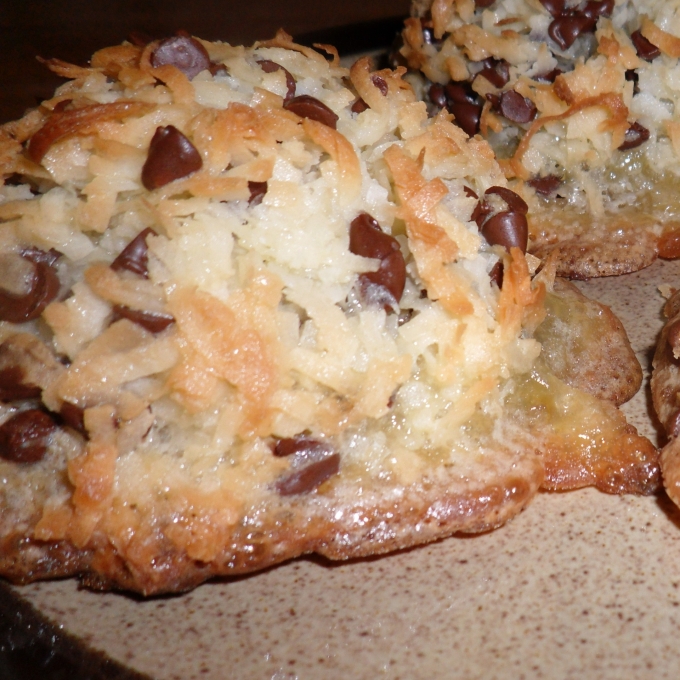 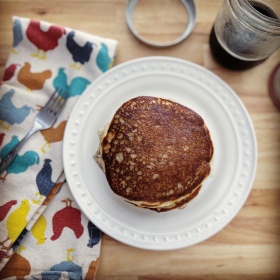