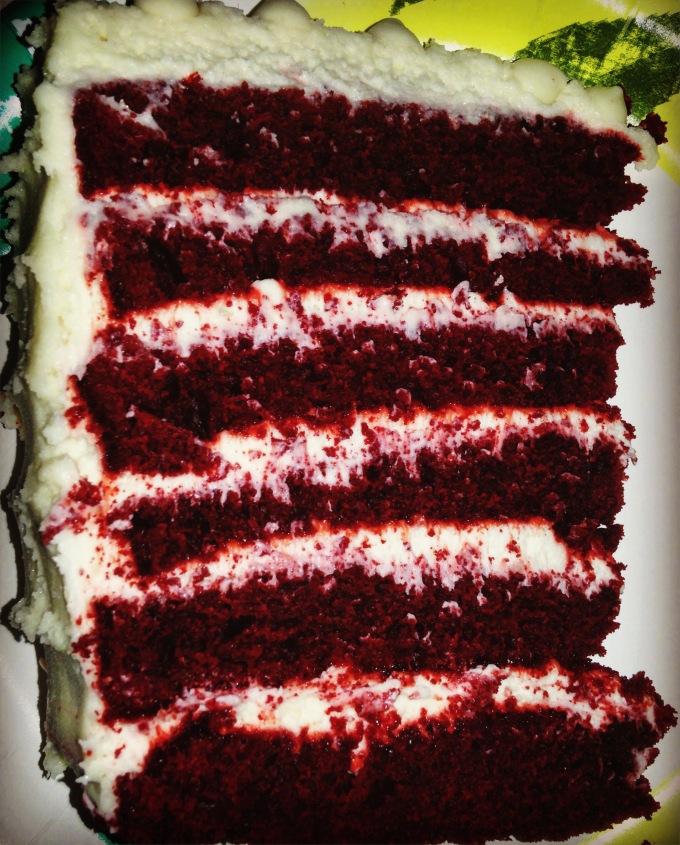 For many years it was tradition on my birthday that my mom would make red velvet cake. It was hands down the best cake ever. And, if I must confess, it got to the point somewhere in my twenties where she would actually make me two cakes. One for me to share with everyone and one for me to eat. I would eat red velvet cake (and ice cream!) for breakfast, lunch and dinner days after my birthday until I had none left. I was probably at least 10 or 15 pounds heavier back in those days. No wonder, huh? 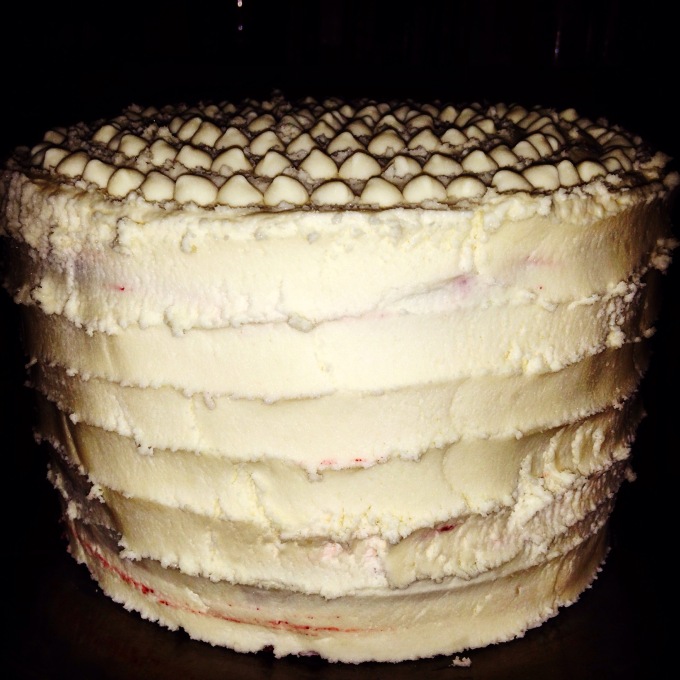 Then when I moved across the country it was up to me to make my own red velvet birthday cake. Which I did for a while. But I haven’t kept up on the tradition in years. There was a period of time when I started doing cake week for my birthday. I would make a different cake for each day of the work week. It gave me an excuse to try different cakes and/or fit in that red velvet cake that I loved so much. I did that for two years before I moved again. I stopped cake week because at my new job my department was very small and my coworkers seemed less cake-happy than my coworkers of the past. Don’t get me wrong. They love cake. They especially love my cakes. But I think cake week would be a bit overwhelming for them.

Still, I made my own cake for my birthday and brought into work the first year (and plan to do so again this year). But I also make birthday cakes every year for my coworkers. My manager’s birthday is at the end of June, approximately two weeks before mine, and (two years in a row now) when I asked for her flavor request she requested red velvet with cream cheese frosting.

I tried this recipe for red velvet cake from the Portuguese Girl Cooks on a whim once instead of using my mom’s tried and true Red Velvet Cake recipe and have found this recipe to be a an all-around winner. I can’t believe I haven’t blogged this recipe yet – especially because I made it last Christmas for my then-boyfriend’s family Christmas. Since my manager’s birthday was last weekend, and she again requested red velvet, I figured it was time to blog this red velvet cake. 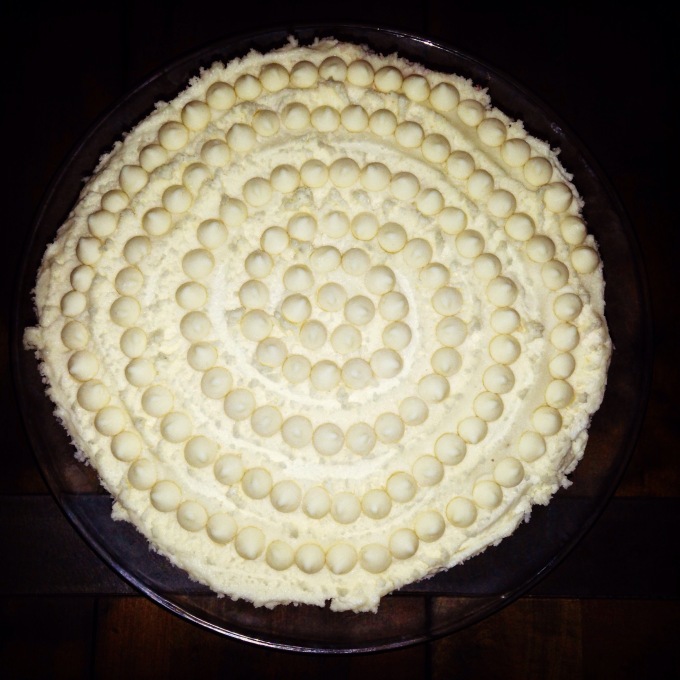 Frosting recipe adapted from one found at thekitchn.com. Note that you may want to make a bit extra frosting. I ran our of this frosting before finishing the cake! However, I have a heavy hand when it comes to filling the layers. 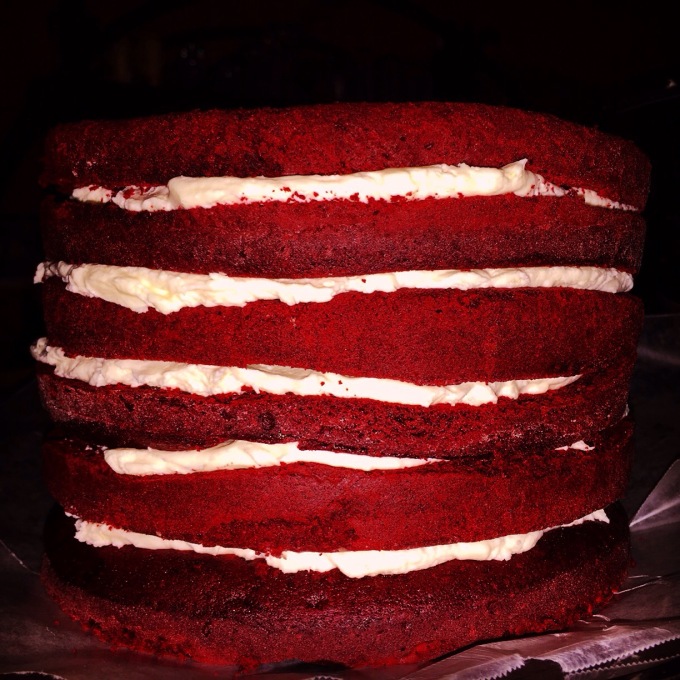 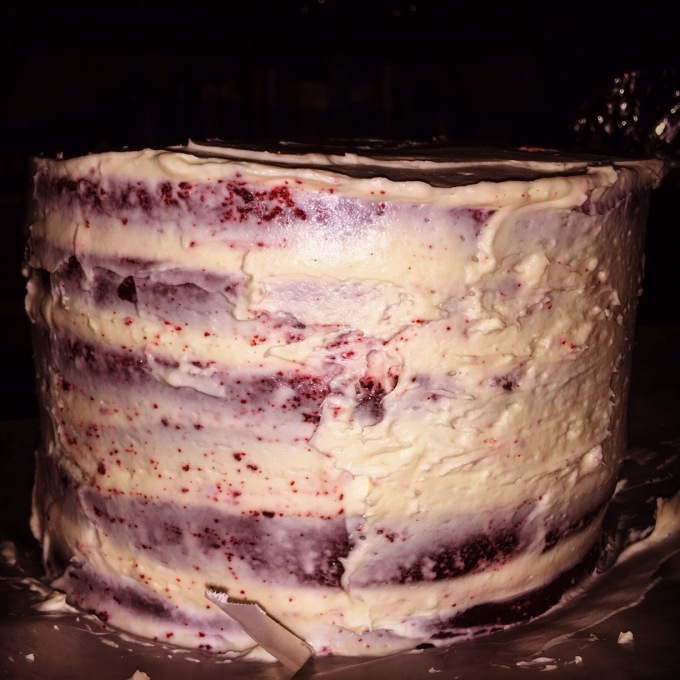 Note: To make a six-layer cake, cut the three layers in half using a serrated knife. I like to freeze my cake layers before doing this and let them thaw slightly. I find it makes less crumbs. Additionally, every time I make this recipe the cakes come out of the oven with a very large dome on top. To make the cake more even, I cut off the domes. Because I hate wasting so much extra cake, I make cake parfaits with the leftover cake domes. I will tell you that I needed to make extra frosting to have enough frosting for the cake parfait! 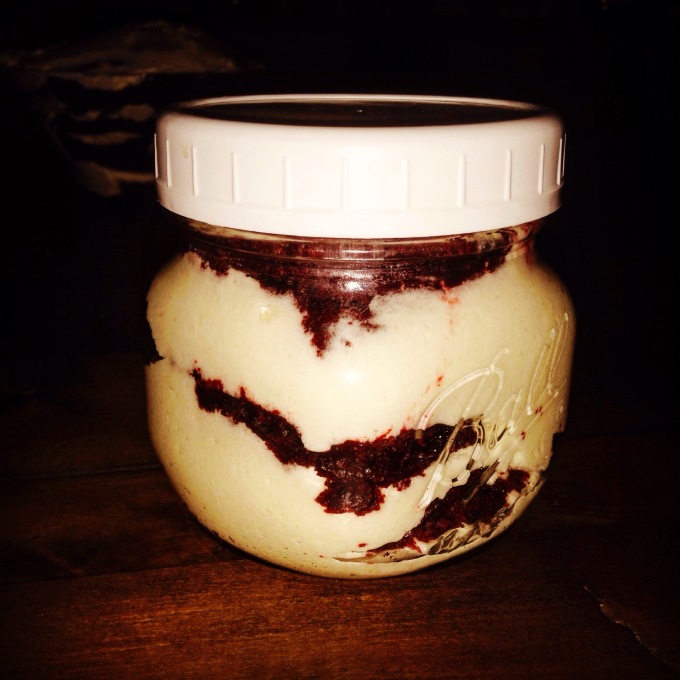 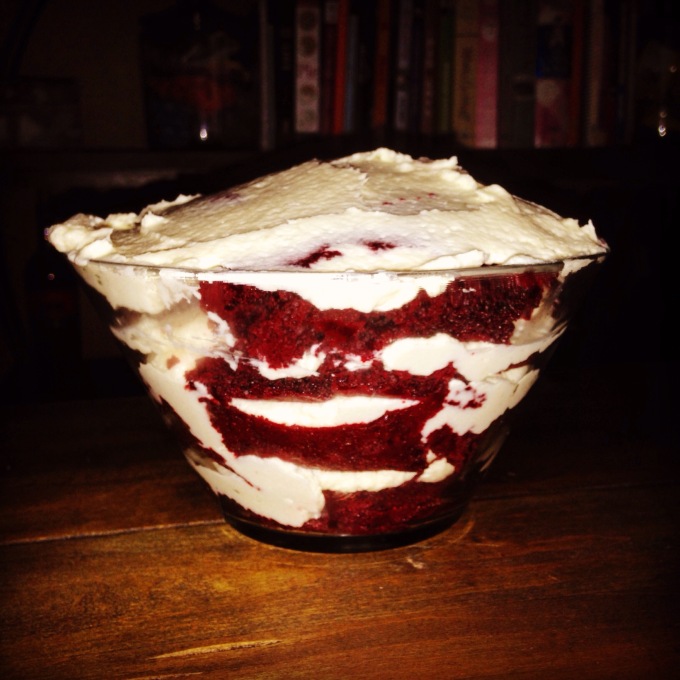 This cake turned out to be one of the better ones I’ve ever made. Why? I’m not sure. I do know that red velvet cake in general can happen to over-bake rather easily. Since I’m cognizant of that, I do my best to not let that happen when I make red velvet cake. This cake was perfectly moist. I ran out of cream cheese frosting and made a double recipe of cooked frosting sans cream cheese (I didn’t have any on hand!) which I used to finish frosting the cake and to make those gems of parfaits you see above.

Red velvet cake is hard to frost because the red coloring tends to bleed through. I did a quick crumb layer, chilled the cake, and then coated the cake a second time with a verrrrrrrry thick layer of cooked frosting. Two thinner layers would have worked equally as well.