Every year for Christmas my mom makes Prime Rib Roast. This is the recipe she uses and she swears it turns out perfect every time. I haven’t had it in a few years because it’s been awhile since I’ve flown ‘home’ for Christmas. This year Dad and I decided to make our own. 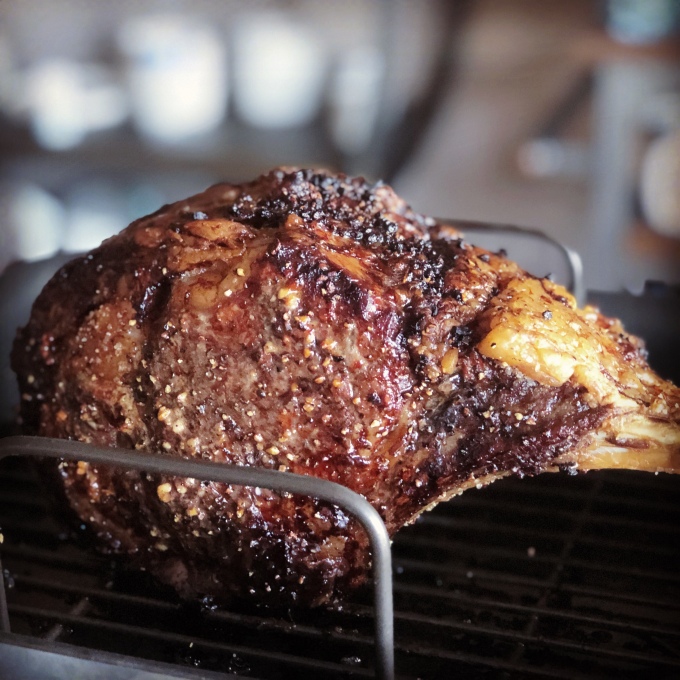 Because our roast was small (two pounds). I decided to roast it for half an hour at 375 degrees instead of an hour. I turned the oven off for an hour and then cooked the roast for an additional 40 minutes at 300 degrees. When I stuck the meat thermometer in the roast after pulling it out, the roast read 140 degrees. 140 degrees is supposed to be rare, according to the list of temperatures on the meat thermometer. After 10 minutes of settling the temperature of the roast raised to 146.

The roasted ended up being pretty close to medium, despite what the meat thermometer said. I would have preferred rare meat, but medium is a lot better than well done and the meat still tasted delicious.

If you’ve never made a prime rib roast, I would suggest having a thermometer that can go in your oven. The one I borrowed from my neighbor is the kind that would melt if you left it in the oven. A better thermometer would have been extremely helpful for such a small roast!