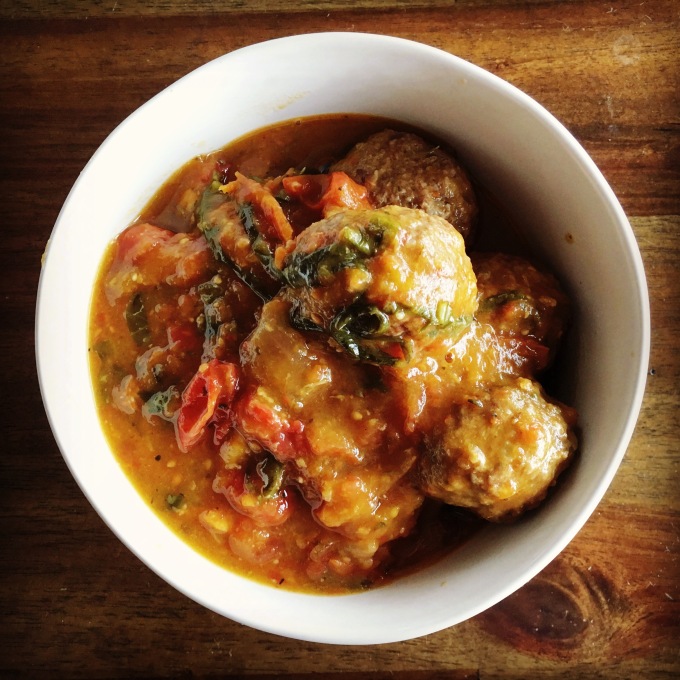 My coworker gave me the last bit in a jar of pumpkin marinara sauce he purchased half off at the grocery store this past week. I was trying to decide how to use it up and decided on eating it with some frozen meatballs my mom had made and stuck in my freezer the last time she visited. As an aside, my mom makes the best meatballs. She stuffs them with cheese curds. I grew up thinking all meatballs had cheese in the middle (and that every mom made birthday cakes and pancakes from scratch) and was unpleasantyl disappointed the first time I had a meatball without cheese in the middle. I thought … why would someone make such a thing?

At any rate, the tiny amount of pumpkin marinara in my fridge inspired me to make my own in an amount large enough to fit in a crockpot. I found various recipes for pumpkin marinara on the internet, none of which were exactly what I wanted so I went out on a limb and made my own. It was pretty easy. I roasted all the vegetables (tomatoes, onion and garlic) besides the pumpkin which was baked, pureed and then frozen a few weeks ago. Then I threw it all in a crockpot with some vegetable stock, salt, seasonings and the homemade frozen meatballs–I didn’t measure the amount of meatballs; just filled the crockpot up about three-fourths way. Six hours later I had meatballs in a tasty sauce inspired by the taste of fall. 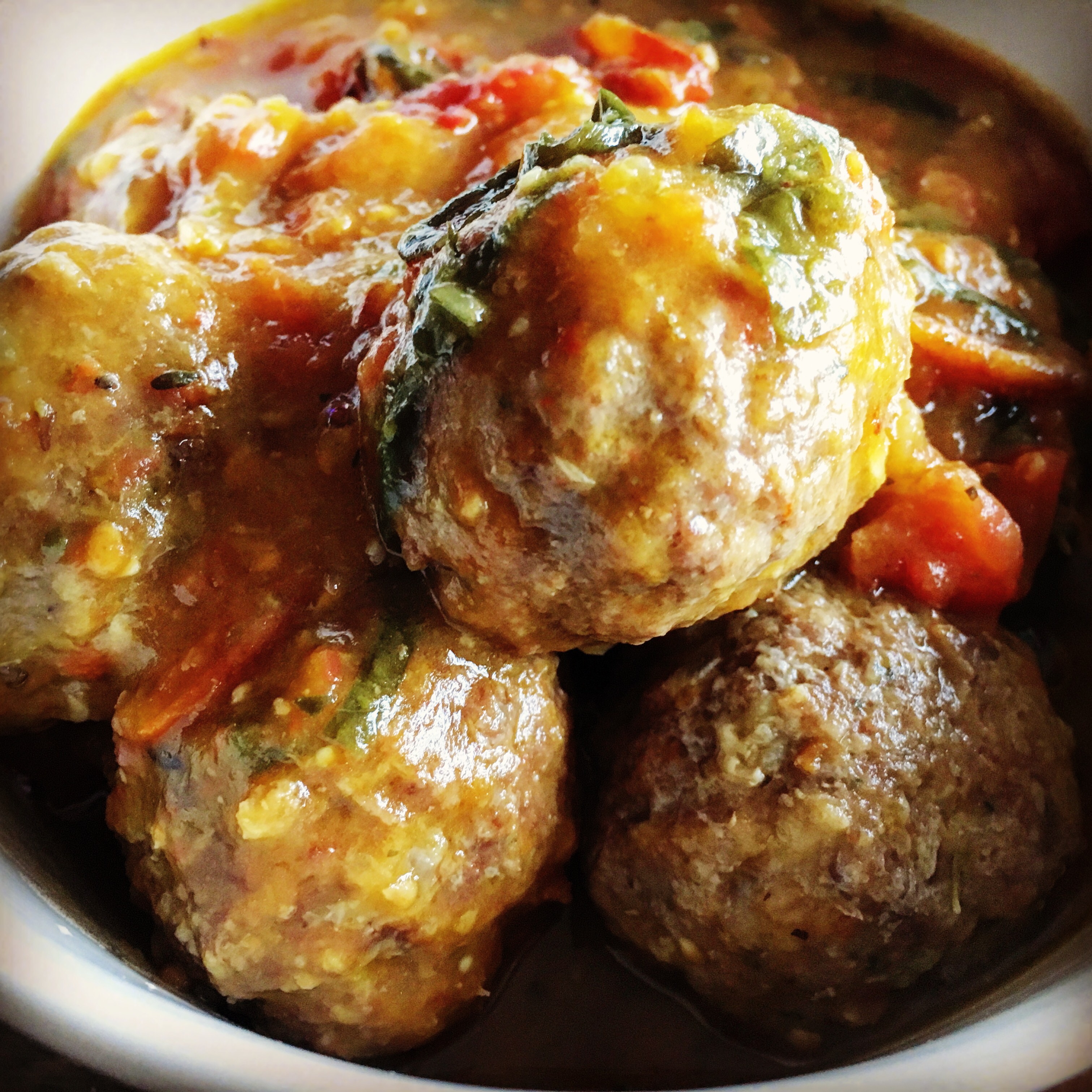 The ingredient amounts are approximate. I didn’t measure anything, not even the tomatoes. I was making a very large pan of roasted tomatoes made from four 16 ounce containers and reason that I used about half the pan. Also, I put the onion chunks on the tomato tray and roasted them both together. As with any sauce recipe, you should feel free to play around to make the sauce the way you want it to be. Add more of a certain seasoning for flavor. Add more pumpkin puree to add thickness. You could also add some tomato paste. A touch of cream would have been great in this recipe!