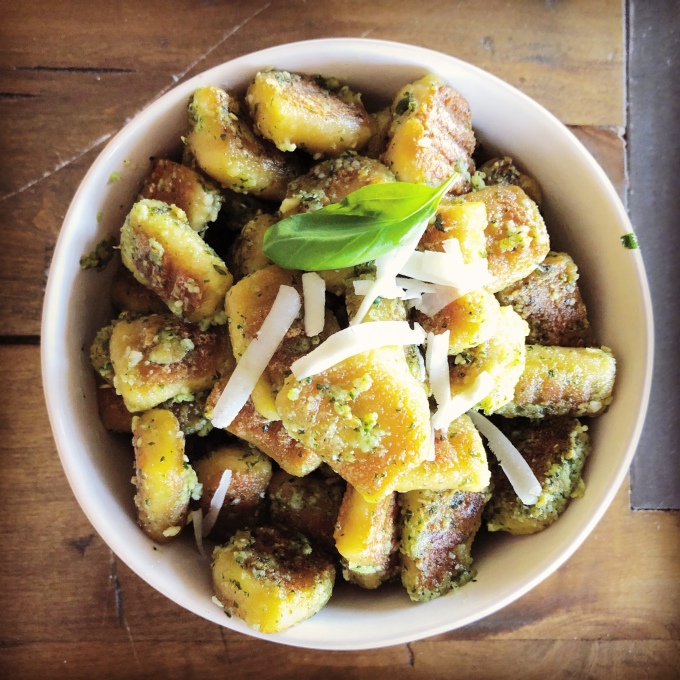 I’ve made lots of gnocchi in my day. Well I’ve made a few recipes anyway. Potato gnocchi. Semolina gnocchi. Pumpkin gnocchi. And today I made a paleo gnocchi with what I believe to be Kabocha squash. I say believe to be because I also had a jar of pumpkin puree in my freezer but I’m pretty sure I lost it a few weeks ago when I realized the jar had cracked and I had to throw the whole thing away. So we are going with that this was made with Kabocha squash puree.

I haven’t made gnocchi in a number of years though I did eat some store-bought kind a few weeks ago in soup my mom made. It occurred to me when I was boiling the gnocchi this afternoon that gnocchi is much like egg dumplings except that when my family makes egg dumplings they are done after you boil them. The texture of this gnocchi is dumpling like as well. Crispy on the outside from pan-frying them but kind of soft and chewy on the inside. Like a dumpling.

It is imperative that when rolling the dough out lots of tapioca starch is used. I was better with some pieces of dough than others and found that when I went to boil the gnocchi most of the pieces stuck to the pan and then kind of got weird and deformed looking once I wrestle them away from the pan and plopped them into the boiling water. That being said, overall, I was very pleased with the results. This is a good paleo alternative to the regular potato gnocchi. I modeled the below recipe after a sweet potato gnocchi recipe found at Paleo Grubs. 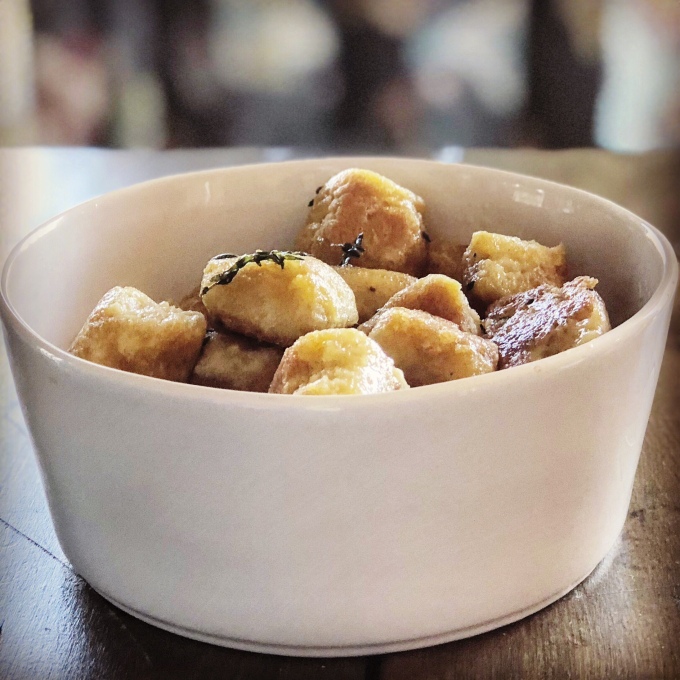 The most time consuming part of making gnocchi is rolling out the dough. I think I rolled mine out too thick as the size of my gnocchi (once boiled) was more like tater tots. I don’t believe gnocchi is supposed to be that big! Bigger isn’t always better, right?

This gnocchi also tastes good mixed with a basil pesto sauce, which isn’t quite paleo, but shh! Don’t tell anyone. 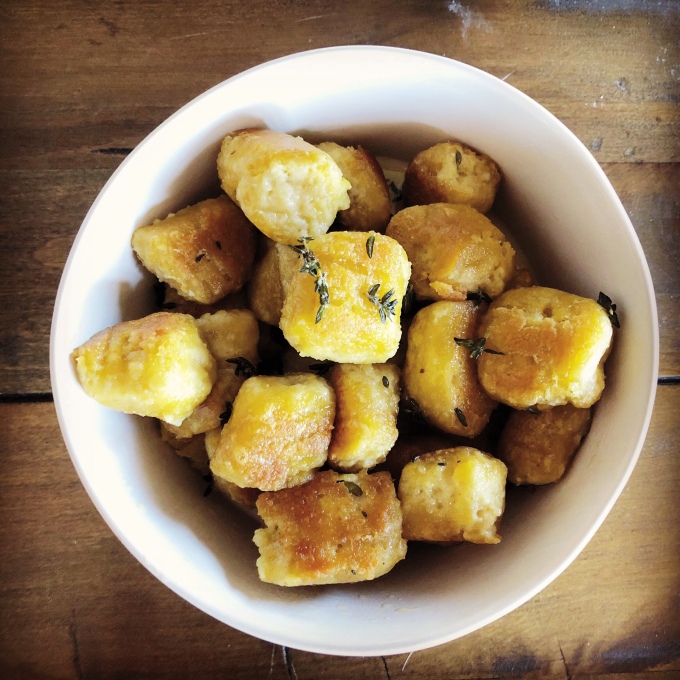