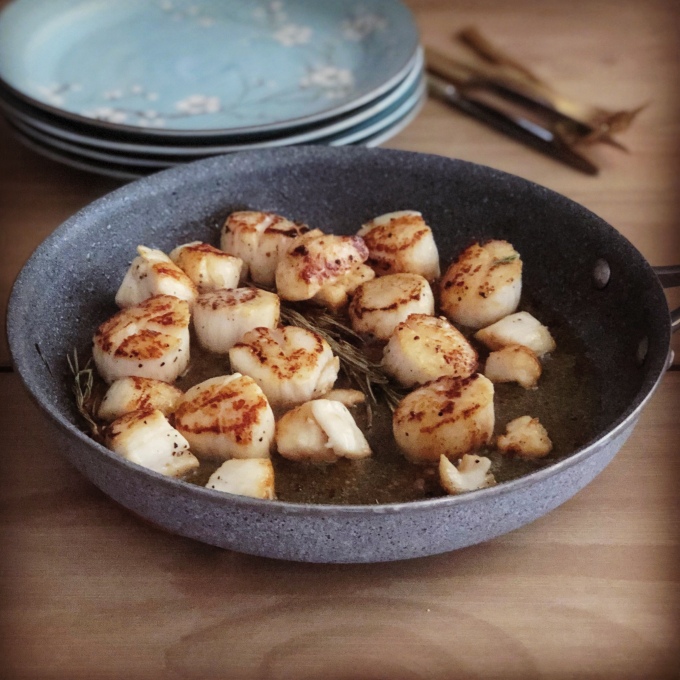 It’s that time of year when all the Costco members are getting their cash back check from Costco and those that carry the Costco Credit card are getting an additional bonus in their credit card statement. My combined “bonuses” totaled about $400 total this year which is good because I’m very poor these days.

Is it just me or can you not go to Costco without walking away about $100 poorer? I think one time my bill was about $20 and I celebrated. But I was buying two things and one of them was bottled water. At any rate with money burning a hole in my pocket for once, I decided to splurge and buy some $22 scallops I wouldn’t normally even look at out of sadness for knowing how much I like scallops coupled with how much I do not like the price of scallops.

Luckily when you’re buying things at Costco everything is in bulk — even items like scallops — and as someone who often doesn’t feed more than two people I can get some longevity out of most foods. I did with the scallops. First I did a remake of the Bacon-Wrapped Scallops I made a few years ago. To. Die. For. I had to come up with a lip-smacking recipe to use up the other half of the scallops and found one at Epicurious. Which, incidentally, is the same recipe found at Bon Appétit. I thought the scallops would pair well with the Linguine with Brown Butter Parsley and Cheese. I was right. Is there ever such thing as too much brown butter? I think not.

Both Bon Appétit and Epicurious recommend to ask for “dry” scallops which evidently do not have preservatives in them and therefore do not get watery when cooked. I did not do this because you can’t ask such things at Costco and my scallops still browned. I didn’t notice whether they were watery or not between the oil in the pan and the butter added.