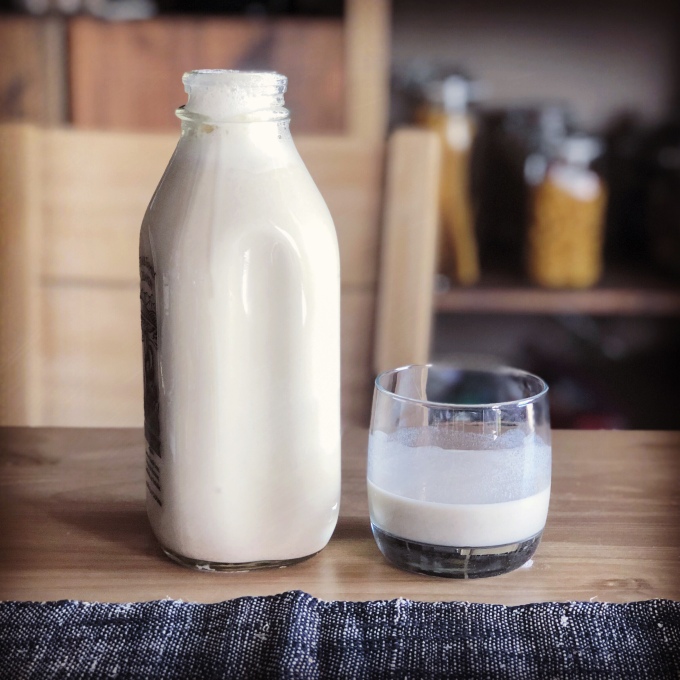 A few months ago I made nut milk for the first time. Making nut milk was … cumbersome, to say the least. There was hours of soaking involved. And a huge mess when I tried to drain the milk through some cheese cloth. Still I liked the idea of being able to make my own nut milk whenever I wanted instead of having to go out and buy some. So I invested in a nut milk bag which I hoped would make the whole process a lot easier.

Recently I came across Minimalist Baker’s recipe for Hemp Milk which sounded substantially easier than the nut milk recipe I had made. I happen to have an enormous amount of hemp hearts on hand. That coupled with the confidence of owning my own nut bag inspired me to make some dairy-free milk of my own. Also, I like to use dairy milk alternatives in my muesli breakfast and I ran out of the soy milk I had in my fridge. So that was that. Homemade hemp milk was in order.

I like this recipe because you can make it in as fast as like two minutes if you want, 10 if you use a nut milk bag to strain the milk. I often drink hemp milk with coffee and will say that this recipe doesn’t taste much like the hemp milk you’ll buy from Pacific Foods, but it is a decent substitute. Don’t be wary when you see that the hemp milk separates when you’re storing it. A few swift shakes of the bottle and your hemp milk will be good as new. I found the taste of the hemp milk slightly bitter despite the fact that I added several dates, instead of the one date suggested in the original recipe. When I added some salt to try to bring out the sweetness, it only seemed to bring out the bitterness of the drink. I will tell you that when I eat this milk with some muesli I don’t notice any bitterness.