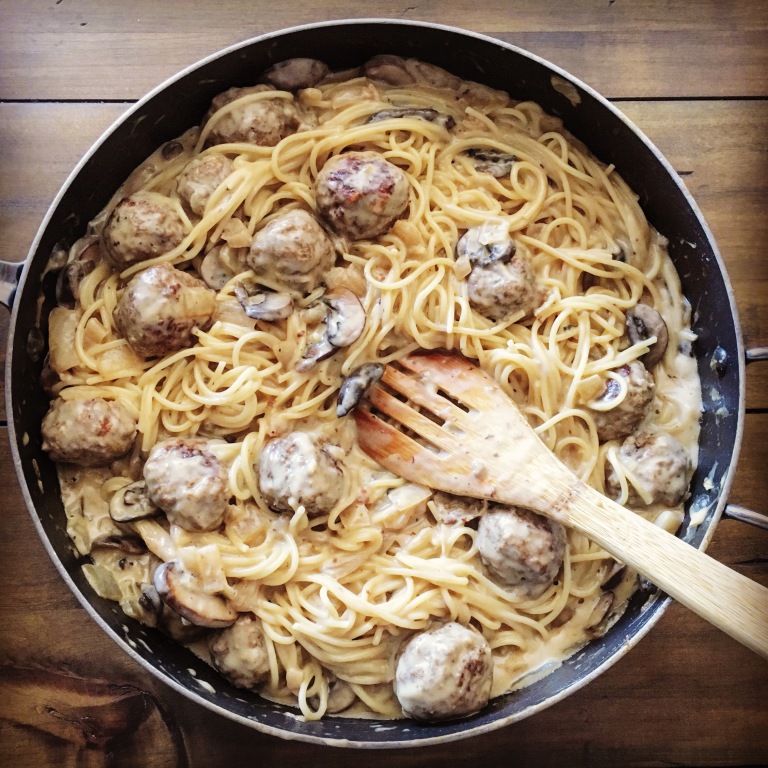 The concept of having stroganoff in it with anything other than beef didn’t occur to me until rather recently when I began googling stroganoff and finding all the different options that existed. Years ago I had made Lamburger Stroganoff, at my sisters suggestion, when we had extra lamb after a holiday meal. I’d thought her idea was a novelty and quite genius but hadn’t thought much about other types of stroganoff recipes.

A few weeks ago I made Bacon Stroganoff to use up some really good, expensive bacon my dad had purchased. I’d seen recipes for meatball stroganoff on Pinterest but I wanted my recipe to be specific to the combination of spaghetti and meatballs as I was using some frozen meatballs my mom had made on one of her recent visits to California. If you don’t have any meatballs lying around in your freezer, try Trader Joe’s. They have a decent turkey meatball option. 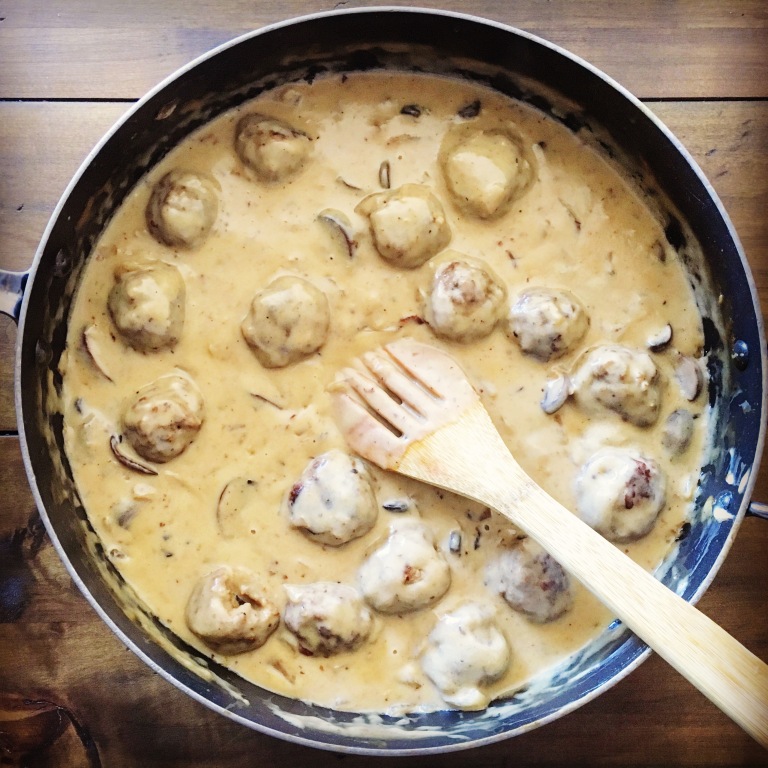 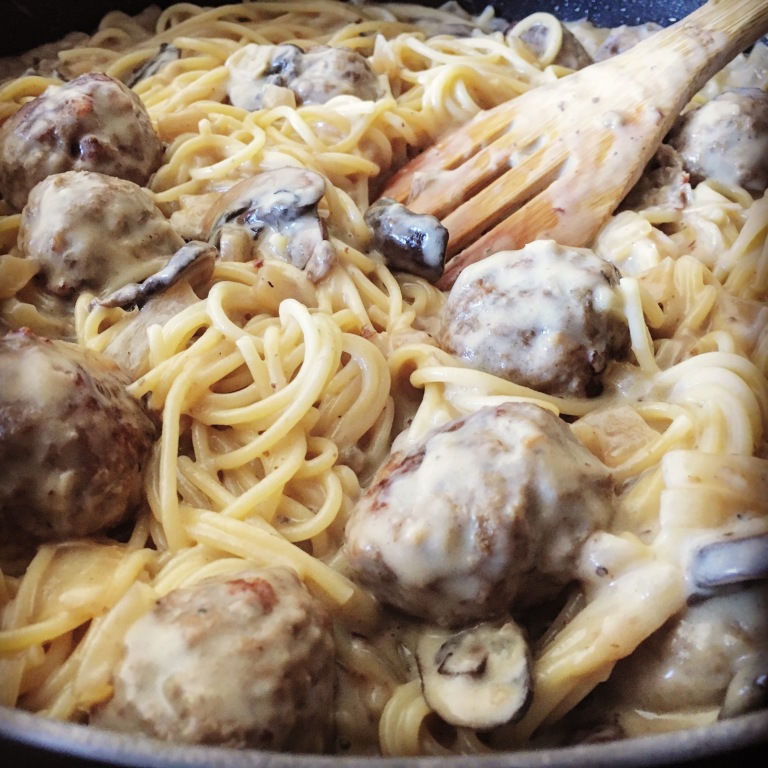 My recipe is based on one I found at Williams-Sonoma for Mushroom Stroganoff. I wanted something that used sour cream and wine because I had opened a bottle of white wine a few weeks back, got extremely sick, and wasn’t able to finish it. It was probably past it’s prime for drinking but I figured it was still OK for cooking. Plus it had been given to me as a gift and I didn’t want to waste a gift!

One of the things I love about stroganoff is how easy it is to make. You make the sauce and then toss in the noodles and voila. You have a yummy pasta/casserole dish that sticks to our ribs. 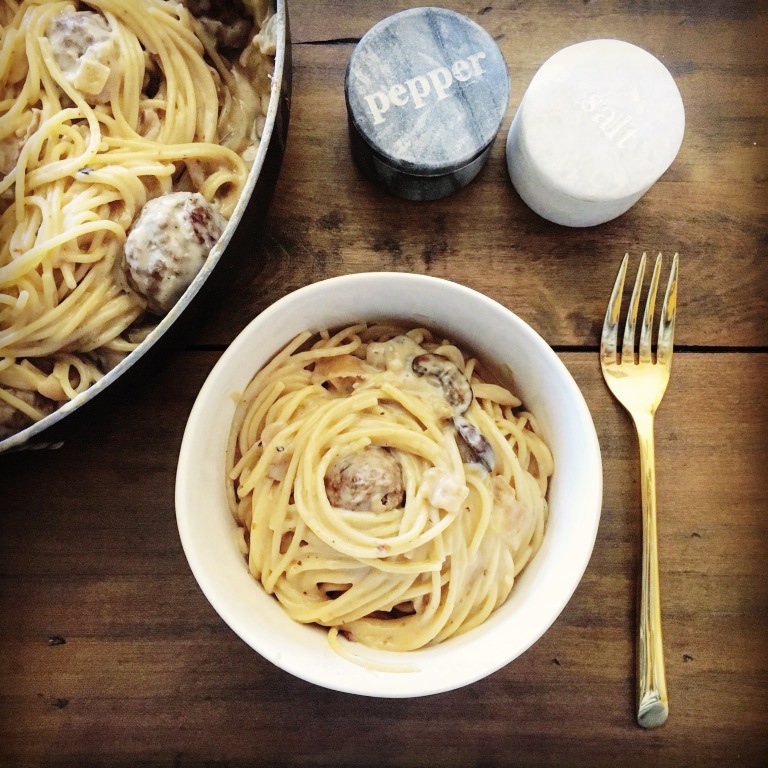