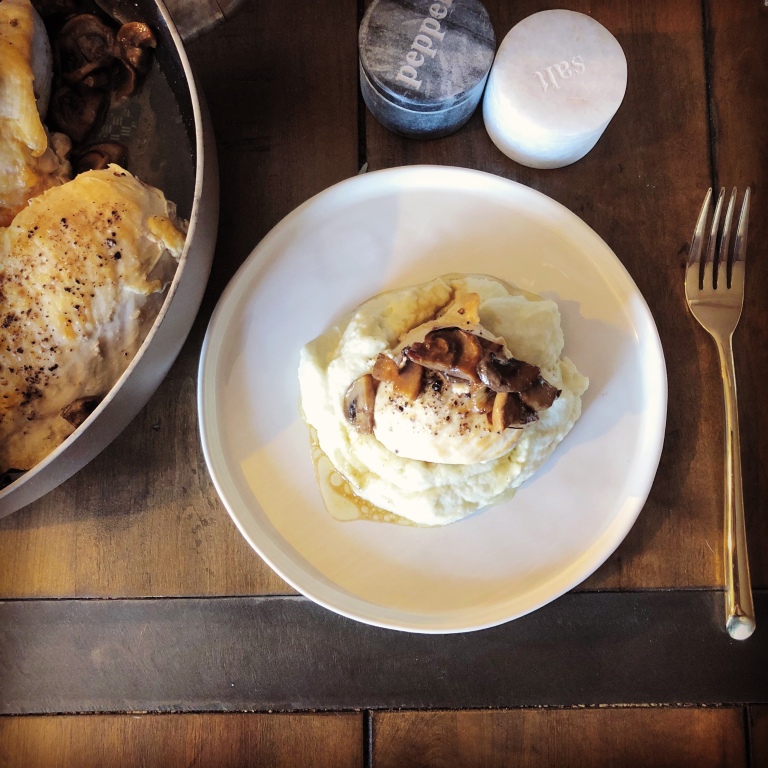 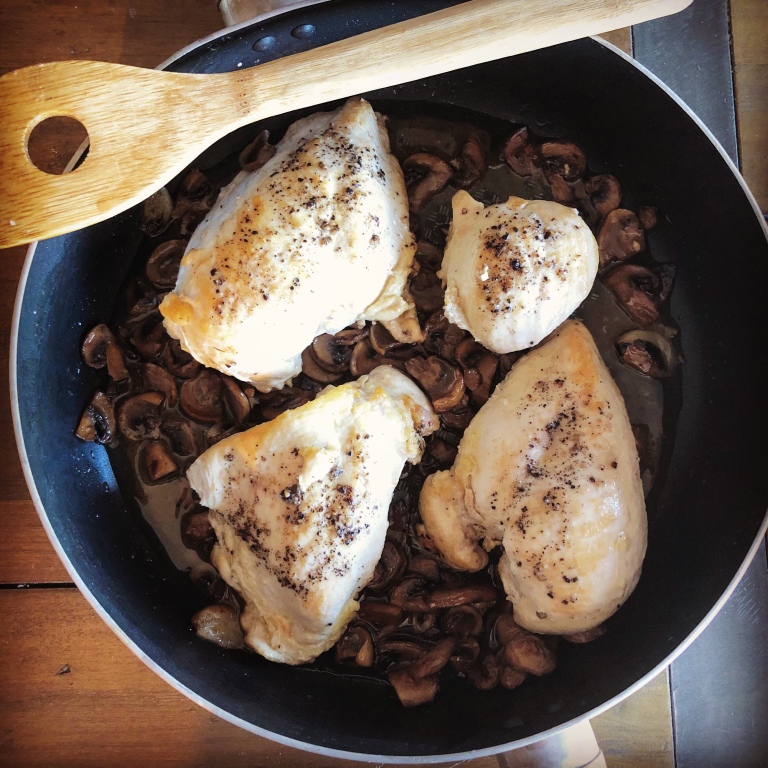 Have you ever braised meat? I don’t think I have. I don’t think I’ve ever even contemplated it actually. Until the other day when I got the idea in my head that I wanted to braise chicken in browned butter. I was actually cooking a teeny tiny chicken breast in some butter over a medium low heat which browned the butter and cooked the chicken. It was delicious! I served it over some cauliflower puree.

So I searched the internet for a similar looking recipe and found a regular braised chicken and mushrooms recipe at Martha Stewart’s website that I adapted to my own brown-butter taste.

O.M.G. It was so delicious. I added mushrooms and garlic as was called for in Martha’s recipe and it turned out even better than my accidental braised chicken breast I made the day prior. The best part is that the dish was super simple to make even though “braise” sounds daunting. At least to me! 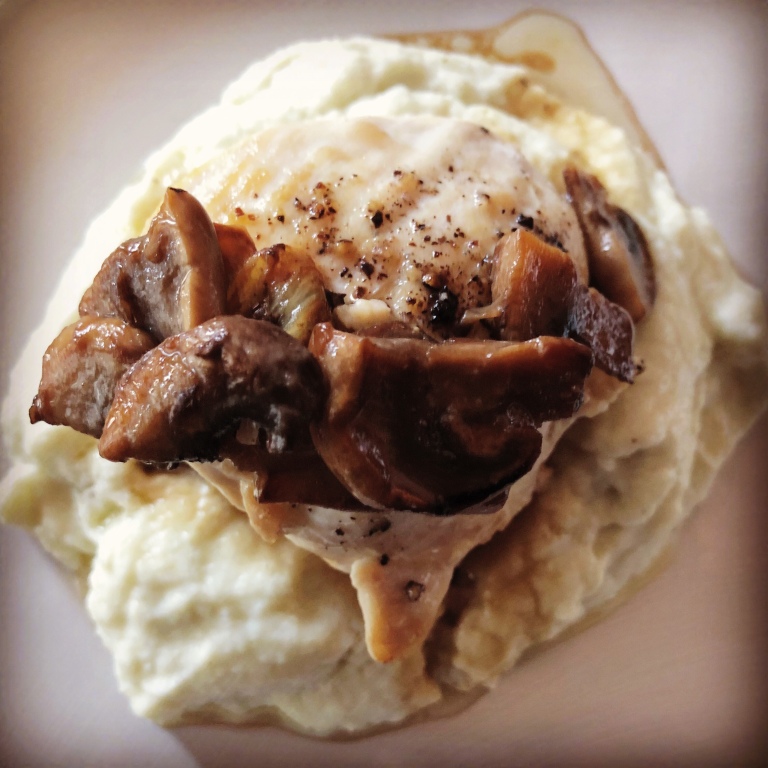